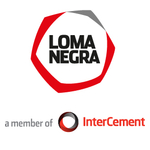 Commenting on the financial and operating performance for the second quarter of 2022, Sergio Faifman, Loma Negra’s Chief Executive Officer, noted: “We are pleased to present another quarter with excellent results, mainly based on our cement business. Demand is going through a very solid moment that made this the best second quarter in history for the cement market, also marking a maximum for the first six months of 2022. This year we are on track to set a new historical dispatch record.

Likewise, after having completed the second line of L’Amalí Plant, and as a way of allocating our cash generation, this year we decided to resume dividend payments, seeking to maximize value for shareholders. In this sense, to the dividends payment made in April of this year, we added a second dividend distribution in June of 81 million dollars, leveraged on the Company’s solid balance sheet, totalizing 126 million dollars for the year.

As always, I would like to thank everyone who forms the LOMA team, who with their effort and dedication make these results possible, always with the support of our customers, suppliers, and the communities where we responsibly operate”

Sales volumes of cement, masonry, and lime during 2Q22 increased by 19.3% to 1.7 million tons, mainly leveraged by the growth of bulk cement. Sales of bagged cement maintain their trend, supported by a strong demand from the retail sector, while bulk cement continues to be the dispatch mode that is showing the highest year-on-year growth, driven by a higher level of activity in private infrastructure projects, residential and industrial, coupled with a moderate recovery in public works at the municipal and provincial levels.

Regarding the volume of the Concrete segment, it registered an increase of 26.3% YoY. The volume of concrete is showing a good performance, following the trend of bulk cement. On the other hand, Aggregates had a strong increase of 64.7% YoY sustained mainly by the improvement in production, which allowed accompanying the reactivation of the concrete sector and certain road works in the Buenos Aires area, registering a monthly dispatch record in June for that month of the year.

Likewise, the volumes of the railway segment experienced a growth of 11.4% compared to the same quarter of 2021, where the strong level of activity in the construction sector translated into a notable increase in transported volumes of stone and cement, followed by the chemical category, while there was a decrease in the transport of fracsand.

Net revenue increased 8.0% to Ps. 25,268 million in 2Q22, from Ps. 23,399 million in the comparable quarter last year, driven by an increase in Cement, coupled with a positive performance of the other segments.

Cement, masonry cement and lime segment was up 6.2% YoY, with volumes expanding 19.3% impacted by price dynamics.

Concrete registered an increase in its topline of 27.5% compared with 2Q21, sustained by a 26.3% increase in volume, also accompanied by an improvement in prices. The Aggregates segment recorded a strong increase in revenues of 105.2%, supported by a volume increase of 64.7% YoY combined with good price performance.

Railroad revenues increased 5.6% in 2Q22 compared to the same quarter of 2021, mainly explained by an increase in transported volumes of construction materials that compensated for lower price dynamics, in part due to the drop in the average distance transported as a result of the decrease in the transported volume of fracsand.

Cost of sales, and Gross profit

Cost of sales increased 11.2% YoY, reaching Ps. 18,175 million in 2Q22, mainly as a result of a higher volume sold and the increase in depreciation due to the impact of the new production line in L’Amalí, partially offset by the favorable evolution of unitary costs, due to operating efficiencies and where the increases in dollars of energy inputs saw their impact softened by the evolution of the exchange rate.

Selling and administrative expenses (SG&A) in 2Q22 increased by 9.4% YoY to Ps. 2,208 million, from Ps. 2,018 million in 2Q21, mainly as a result of higher expenses in salaries, freight and insurances compared to the previous year. As a percentage of sales, SG&A showed a slight increase against 2Q21 of 11 basis points, reaching 9.5%.

Adjusted EBITDA increased 2.6% YoY in the second quarter of 2022 to Ps. 7,328 million from 7,140 in the same period of the previous year driven by our cement business and accompanied by improvements in Concrete and Aggregates.

Likewise, the Adjusted EBITDA margin contracted 151 basis points to 29.0% compared to 30.5% in 2Q21, mainly due to the compression of the cement margin and the higher incidence of other businesses with lower margins, due to the increase in their activity levels.

In particular, the Adjusted EBITDA margin of the Cement, Masonry and Lime segment contracted 155 bps to 32.5%, mainly due to lower price performance partially offset by favorable cost management and higher operating leverage.

Concrete Adjusted EBITDA margin showed a significant improvement of 371 bps, but still remaining in negative figures, reaching -3.1%, from a negative margin of 6.8% in 2Q21, supported by a volume recovery and higher efficiencies operational.

The Adjusted EBITDA margin of Aggregates stood at 9.7%, showing an improvement of 203 basis points compared to 2Q21, due to a strong recovery in revenues due to the increase in sales volumes and the positive performance of the price.

The Adjusted EBITDA margin of Aggregates stood at 9.7%, showing an improvement of 203 basis points compared to 2Q21, due to a strong recovery in revenues caused by an increase in sales volumes and the positive performance of the price.

Finally, the Adjusted EBITDA margin of the Railroad segment decreased 144 bps to 3.4% in the second quarter, from 4.9%, where the improvement in the transported volumes did not manage to compensate the negative performance of the price, mainly affected by the reduction in the average transported distance due to changes in the mix of transported products.

Net Profit and Net Profit Attributable to Owners of the Company

Net Profit for 2Q22 reached Ps. 2,413 million compared to a loss of Ps. 2,075 million in the same period last year, mainly due to the change in the income tax rate that strongly affected the deferred tax in 2Q21. Likewise, the current tax for 2Q22 is reduced by the effect of the amortization of the second line of the L’Amalí Plant.

In 2Q22, our operating cash generation stood at Ps. 1,971 million, compared to Ps. -45 million in the same period of the previous year, reflecting a higher level of profitability and the effect of the divestment in Yguazú Cementos that impacted the income tax paid in 2Q21. During this quarter, we began to use our clinker stock, although due to the sustained demand and the availability of natural gas, we extended the operation of the kilns by adapting the maintenance plans.

During 2Q22, the Company generated cash from financing activities for Ps. 6,690 million, product of the loans taken in the quarter and the application of funds for the distribution of dividends of Ps. 5,150 million approved in April. Regarding cash used in investing activities, the Company used a total of Ps. 1,132. The completion of the L’Amalí expansion project significantly reduced the need for capital expenditure.

On July 1, 2022, the board of directors approved the payment of dividends for a total amount of Ps. 10,300 million equivalents to Ps. 17.59 per outstanding share (Ps. 87.97 per ADS), through the partial allocation of funds from the Reserve for Future Dividends. As of the date of the presentation of this earnings release, the total amount of dividends was distributed.

Adjusted EBITDA is calculated as net profit plus financial interest, net plus income tax expense plus depreciation and amortization plus exchange rate differences plus other financial expenses, net plus tax on debits and credits to bank accounts, plus share of loss of associates, plus net Impairment of Property, plant and equipment, and less income from discontinued operation. Loma Negra believes that excluding tax on debits and credits to bank accounts from its calculation of Adjusted EBITDA is a better measure of operating performance when compared to other international players.

Founded in 1926, Loma Negra is the leading cement company in Argentina, producing and distributing cement, masonry cement, aggregates, concrete and lime, products primarily used in private and public construction. Loma Negra is a vertically-integrated cement and concrete company, with nationwide operations, supported by vast limestone reserves, strategically located plants, top-of-mind brands and established distribution channels. Loma Negra is listed both on BYMA and on NYSE in the U.S., where it trades under the symbol “LOMA”. One ADS represents five (5) common shares. For more information, visit www.lomanegra.com.

The Company presented some figures converted from Pesos to U.S. dollars for comparison purposes. The exchange rate used to convert Pesos to U.S. dollars was the reference exchange rate (Communication “A” 3500) reported by the Central Bank for U.S. dollars. The information presented in U.S. dollars is for the convenience of the reader only. Certain figures included in this report have been subject to rounding adjustments. Accordingly, figures shown as totals in certain tables may not be arithmetic aggregations of the figures presented in previous quarters.

Rounding: We have made rounding adjustments to reach some of the figures included in this annual report. As a result, numerical figures shown as totals in some tables may not be an arithmetic aggregation of the figures that preceded them.