Vapor IO’s Synse software will be packaged with Arrcus’ ACE platform on network switches to create a new Observability Data Plane to improve the economics, reliability, performance, and environmental sustainability of the Internet 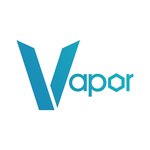 Today’s Internet is a “best effort” system cobbled together with networking equipment and infrastructure from thousands of vendors. With no agreed-upon standards for deep observability into the infrastructure, it’s impossible to build high-fidelity models of the Internet to make highly-automated responses to actual or predicted changes in the conditions of the network, such as through AI and machine learning.

Large, complex systems in the physical world already benefit from digital twin technologies to improve their performance, reduce their operating and repair costs, and increase uptime. Through this partnership, Vapor IO and Arrcus are enabling a “digitallly-twinnable” Internet that will transform how networks operate.

“To create a self-adjusting and self-healing Internet, data must be part of an observability-to-action feedback loop,” said Shekar Ayyar, Chairman and CEO at Arrcus. “We’re thrilled to collaborate with Vapor IO to package their Synse server with the Arrcus ACE platform on network switches, enabling developers and operators to build digital twins with network observability. This unique offering will automate the management of the network and enable customers to meet business objectives and improve the customer experience.”

By implementing an Observability Data Plane and building digital twins of the network, we can expect to see many improvements including:

“Our industry requires observability or the Internet will never successfully support real-time systems such as 5G radios and cloud robotics,” said Cole Crawford, CEO and founder of Vapor IO. “We must build digital twins of our networks, but digital twins require large amounts of high-fidelity data —and that data has simply not been available until today. Together with Arrcus, we’re creating an industry-disrupting precedent, collaborating to build an Observability Data Plane for the Internet we need.”

Arrcus was founded to enhance business efficiency through superior network connectivity. The Arrcus Connected Edge (ACE) platform offers best-in-class networking with the most flexible consumption model at the lowest total cost of ownership. The Arrcus team consists of world-class technologists who have an unparalleled record in shipping industry-leading networking products, complemented by industry thought leaders, operating executives, strategic partners, and top-tier VCs. The company is headquartered in San Jose, Calif. For more information, go to www.arrcus.com or follow @arrcusinc.

Vapor IO is developing the largest nationwide Open Grid networking, colocation and interconnection platform capable of supporting the most demanding low-latency workloads at the edge of the wireless and wireline access networks. The company’s Kinetic Grid architecture combines multi-tenant colocation with software-defined interconnection, high-speed networking, and telemetry-based intelligence. The company’s technologies deliver the most flexible, highly-distributed edge infrastructure at the edge of the last mile wired and wireless networks. Vapor IO Kinetic Grid services are available in Las Vegas, Phoenix, Chicago, Atlanta, Dallas and Pittsburgh, and will soon be available in 36 US markets. Follow @VaporIO on Twitter.