For the fourth quarter: 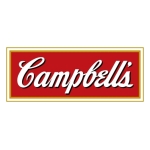 For the full year:

“I’m proud of our team for delivering full-year adjusted EPS at the high end of our original fiscal year 2022 guidance range, despite the volatile environment,” said Mark Clouse, Campbell’s President and CEO. “During fiscal 2022, we demonstrated a significant step up in execution across the company with improved supply chain performance and effective revenue management to counter inflation. Our solid foundation and momentum will serve us well in fiscal 2023 as we continue to make progress on unlocking Campbell’s full growth potential.”

The table below presents a summary of items impacting comparability in each period. A detailed reconciliation of the reported (GAAP) financial information to the adjusted information is included at the end of this news release.

Net sales in the quarter, both as reported and organic, increased 6% versus the prior year to $2.0 billion. The impact of inflation-driven pricing and sales allowances of 14% more than offset volume declines of 4% and increased promotional spending of 3%.

Gross margin decreased to $571 million from $587 million in the prior year. As a percent of sales, gross margin was 28.7% compared to 31.3% in the prior year. Excluding items impacting comparability, adjusted gross margin increased to $622 million from $578 million. Excluding items impacting comparability, adjusted gross margin percentage increased 40 basis points to 31.3% due to the mitigation of on-going inflation with pricing actions, supply chain productivity improvements and cost savings initiatives, partially offset by increased promotional spending and unfavorable volume / mix.

Marketing and selling expenses increased 2% to $179 million and represented approximately 9% of net sales, as planned. The increase was driven by higher selling expenses, partially offset by lower advertising and consumer promotion expense.

As reported EBIT decreased to $170 million from $411 million in the prior year. Excluding items impacting comparability, adjusted EBIT increased 5% compared to the prior year to $269 million primarily due to higher adjusted gross margin, partially offset by higher adjusted administrative expenses and lower adjusted other income.

As reported EPS from continuing operations, which includes pension and postretirement actuarial gains and losses, decreased to $0.32 per share compared to $0.95 per share in the prior year. Excluding items impacting comparability, adjusted EPS from continuing operations increased $0.04, or 8%, compared to the prior year to $0.56 primarily reflecting the increase in adjusted EBIT and lower net interest expense.

Net sales for the year increased 1% versus the prior year to $8.6 billion. Organic net sales, which exclude the impact from the sale of the Plum baby food and snacks business, increased 2% as inflation-driven pricing and sales allowances were partially offset by volume declines and increased promotional spending. Volume declined primarily due to supply constraints due to labor and materials availability and price elasticities.

Cash flows from operations increased from $1,035 million in the prior year to $1,181 million primarily due to changes in working capital, partially offset by lower cash earnings. Capital expenditures were $242 million compared to $275 million in the prior year. In line with the company’s commitment to return value to its shareholders, the company paid $451 million of cash dividends and repurchased approximately 3.8 million shares of its common stock at an aggregate cost of $167 million. At the end of the fourth quarter, the company had approximately $375 million remaining under the current $500 million strategic share repurchase program and approximately $172 million under its $250 million anti-dilutive share repurchase program.

Through the fourth quarter, Campbell has achieved $850 million of total savings under its multi-year cost savings program, inclusive of Snyder’s-Lance synergies. Campbell remains on track to deliver savings of $1 billion by the end of fiscal 2025.

Following a strong finish to fiscal 2022, Campbell is providing full-year fiscal 2023 guidance reflecting the expectation for continued elevated consumer demand for its brand portfolio. With previous pricing actions fully reflected on shelf, and elasticities expected to be slightly above fiscal 2022 levels, the company expects sales growth in both divisions. The company expects improved supply chain execution and disciplined investment in its brands to drive further share recovery. Productivity improvements and cost savings initiatives will continue to play an important role in mitigating inflation, which is expected to remain elevated. Although the company’s pension plans continue to be well-funded, given the sharp increase in interest rates and decline in the market value of plan assets, the company expects pension and postretirement income to decline in fiscal 2023. The company’s guidance includes an estimated pre-tax headwind of approximately $35 million, or $0.09 per share, in fiscal 2023 related to lower pension and postretirement benefit income, representing approximately 3% of both adjusted EBIT and adjusted EPS growth.

The full-year fiscal 2023 guidance is set forth in the table below:

An analysis of net sales and operating earnings by reportable segment follows:

Net sales in the quarter, both reported and organic, increased 6%, driven by sales of power brands which were up 9%. Snacks sales increased due to increases in salty snacks, primarily Kettle Brand and Cape Cod potato chips, as well as in cookies and crackers, primarily Goldfish crackers. Inflation-driven pricing and sales allowances were partially offset by increased promotional spending and volume declines.

For more than 150 years, Campbell (NYSE:CPB) has been connecting people through food they love. Generations of consumers have trusted Campbell to provide delicious and affordable food and beverages. Headquartered in Camden, N.J. since 1869, Campbell generated fiscal 2022 net sales of nearly $8.6 billion. Our portfolio includes iconic brands such as Campbell’s, Cape Cod, Goldfish, Kettle Brand, Lance, Late July, Milano, Pace, Pacific Foods, Pepperidge Farm, Prego, Snyder’s of Hanover, Swanson and V8. Campbell has a heritage of giving back and acting as a good steward of the environment. The company is a member of the Standard & Poor’s 500 as well as the FTSE4Good and Bloomberg Gender-Equality Indices. For more information, visit www.campbellsoupcompany.com or follow company news on Twitter via @CampbellSoupCo.

This release contains “forward-looking statements” that reflect the company’s current expectations about the impact of its future plans and performance on the company’s business or financial results. These forward-looking statements, including any statements made regarding sales, EBIT and EPS guidance, rely on a number of assumptions and estimates that could be inaccurate and which are subject to risks and uncertainties. The factors that could cause the company’s actual results to vary materially from those anticipated or expressed in any forward-looking statement include: (1) impacts of, and associated responses to, the COVID-19 pandemic on our business, suppliers, customers, consumers and employees; (2) the company’s ability to execute on and realize the expected benefits from its strategy, including growing sales in snacks and growing/maintaining its market share position in soup; (3) the impact of strong competitive responses to the company’s efforts to leverage its brand power with product innovation, promotional programs and new advertising; (4) the risks associated with trade and consumer acceptance of product improvements, shelving initiatives, new products and pricing and promotional strategies; (5) the ability to realize projected cost savings and benefits from cost savings initiatives and the integration of recent acquisitions; (6) disruptions in or inefficiencies to the company’s supply chain and/or operations, including the impacts of the COVID-19 pandemic; (7) the risks related to the availability of, and cost inflation in, supply chain inputs, including labor, raw materials, commodities, packaging and transportation; (8) the risks related to the effectiveness of the company’s hedging activities and the company’s ability to respond to volatility in commodity prices; (9) the company’s ability to manage changes to its organizational structure and/or business processes, including selling, distribution, manufacturing and information management systems or processes; (10) changes in consumer demand for the company’s products and favorable perception of the company’s brands; (11) changing inventory management practices by certain of the company’s key customers; (12) a changing customer landscape, with value and e-commerce retailers expanding their market presence, while certain of the company’s key customers maintain significance to the company’s business; (13) product quality and safety issues, including recalls and product liabilities; (14) the possible disruption to the independent contractor distribution models used by certain of the company’s businesses, including as a result of litigation or regulatory actions affecting their independent contractor classification; (15) the uncertainties of litigation and regulatory actions against the company; (16) the costs, disruption and diversion of management’s attention associated with activist investors; (17) a disruption, failure or security breach of the company’s or the company’s vendors’ information technology systems, including ransomware attacks; (18) impairment to goodwill or other intangible assets; (19) the company’s ability to protect its intellectual property rights; (20) increased liabilities and costs related to the company’s defined benefit pension plans; (21) the company’s ability to attract and retain key talent; (22) goals and initiatives related to, and the impacts of, climate change, including weather-related events; (23) negative changes and volatility in financial and credit markets, deteriorating economic conditions and other external factors, including changes in laws and regulations; (24) unforeseen business disruptions or other impacts due to political instability, civil disobedience, terrorism, armed hostilities (including the ongoing conflict between Russia and Ukraine), extreme weather conditions, natural disasters, other pandemics or other calamities; and (25) other factors described in the company’s most recent Form 10-K and subsequent Securities and Exchange Commission filings. The company disclaims any obligation or intent to update the forward-looking statements in order to reflect events or circumstances after the date of this release.