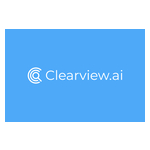 Clearview AI’s FRT platform has already been instrumental in helping investigators solve cases including crimes against children, homicides, financial frauds, drug trafficking, sex offenders as well as victim and missing person identifications. Now, JusticeClearview will leverage the company’s industry leading FRT platform, powered by the most accurate and bias-free algorithm in the Western World and database of 20+ billion facial images, to help public defenders exonerate those falsely accused of crimes.

“Clearview AI’s mission in pursuit of justice and support of public safety extends beyond helping identify those who perpetrate crimes, it also encompasses helping exonerate those who have been wrongfully accused. These are two sides of the same coin and are equally important to the proper administration of justice both for the victims of crimes and the public at large,” said Hoan Ton-That, Clearview AI’s founder and CEO.

“We are encouraged by the use of facial recognition technology to help exonerate the innocent, and we are excited to bring this technology to Public Defender offices. We want our state-of-the-art technology to be used to help obtain justice for people who have been wrongfully accused of crimes. Cases in which the wrong person has been identified as responsible for a crime now have the potential to be resolved in minutes, not years. “

The use of facial recognition technology is not just for police and prosecutors, but can also serve public defenders working for governments as part of the justice system, and help them identify other witnesses and persons of interest.

According to the Innocence Project, 70 percent of wrongful convictions come from eyewitness lineups. Technology like JusticeClearview is much more accurate than the human eye, and can be used to exonerate people and help eliminate bias from the criminal justice system.

“The launch of JusticeClearview is to help level the playing field and ensure that justice is available to all.” added Ton-That. “There is nothing worse than being held responsible for a crime you did not commit.”

In January, Clearview AI was awarded a U.S. patent for its unique facial recognition algorithm, which performed nearly flawlessly in the recent National Institute of Standards & Technology (NIST) Facial Recognition Vendor Test (FRVT), ranking No. 1 in the U.S. and No. 2 worldwide in the WILD category, the most difficult category of the NIST facial recognition test, and achieved greater than 99 percent accuracy across all demographics.