Picsart is offering $1,000 in credits for up to 1000 developers looking to integrate its award-winning creative tools into their own platforms

MIAMI–(BUSINESS WIRE)–Picsart, the world’s leading digital creation platform and a top 20 most downloaded app worldwide, today announced its API program Picsart for Developers has won a 2022 API Award in the “Best API Debut” category. To celebrate this award, the company is launching the Picsart Developer Fund, $1 million in API credits, to empower innovators and further accelerate industry adoption of its AI-powered creative APIs. 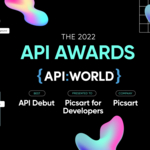 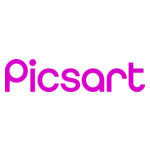 The 2022 API Awards celebrate the incredible technical innovation, rapid adoption and reception within the API & microservices industries and widespread use by a global developer community. This year’s awards received hundreds of nominations, and the Advisory Board to the API Awards selected Picsart for Developers based on three criteria: (1) attracting notable attention and awareness in the API industry; (2) general regard and use by the developer and engineering community; and (3) being a technical leader in its sector for innovation. The awards will be presented at the 2022 API Awards Ceremony during API World, the world’s largest API & microservices conference and expo.

“Picsart for Developers is helping engineers and API professionals build the future of APIs and the API economy,” said Jonathan Pasky, Executive Producer & Co-Founder of DevNetwork, producer of API World & the 2022 API Awards. “Today’s cloud-based software and hardware are increasingly powered by API-centric architecture and platforms. Picsart for Developers’ win here at the 2022 API Awards is evidence of their leading role in the growth of the global API ecosystem.”

Picsart launched Picsart for Developers earlier this year to give businesses access to the leading editing tools that built the company into one of the largest creative platforms and communities in the world. To further encourage creative expansion via APIs, Picsart is offering up to 1,000 developers $1,000 in API credits to integrate Picsart’s creative tools into their own platforms.

“As we opened up our creative tech stack to companies and enterprises, we want to co-create with developers,” said Aram Mkhitaryan, VP of APIs, Product & Tech at Picsart. “Our APIs cover a range of image editing capabilities, from remove background to ultra upscale, enhance and more. We’re excited to see the new creative solutions that come from the fund, and how others use our APIs to power engaging and interactive experiences.”

Any developer who can add value to their product by integrating Picsart’s editing tools can apply at the Picsart booth at API World or by filling out this application form. For more information on Picsart’s API program, visit Picsart for Developers.

Picsart is the world’s largest digital creation platform and a top 20 most downloaded app. Every month, the Picsart community creates, remixes, and shares billions of visual stories using the company’s powerful and easy-to-use editing tools. Picsart has amassed one of the largest open-source content collections in the world, including free-to-edit photos, stickers, backgrounds, templates, and more. Picsart is available in 30 languages for free and as a subscription on iOS, Android, Windows devices and on the Web. Headquartered in San Francisco, with offices around the world, Picsart is backed by SoftBank, Sequoia Capital, DCM Ventures, Insight Partners, and others. Download the app or visit picsart.com for more information.