BOSTON–(BUSINESS WIRE)–#API–In a new commentary, Josh Stella, vice president and chief architect at Snyk, the leader in developer security, explains why the responsibility for cloud security rests with developers and DevOps teams, not IT security. 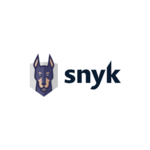 In the days of the on-premise data center and early cloud adoption, the roles of application developers, infrastructure operations, and security were largely siloed. In the cloud, this division of labor increases the time-to-market for innovation, reduces productivity, and invites unnecessary risk.

By freeing teams of the physical constraints of the data center, the cloud is bringing the biggest shift in the IT industry in decades. But it’s taken years for organizations to start unlocking the true potential of the cloud as a platform for building and running applications, as opposed to using it as a platform for hosting third-party applications or those migrated from the data center. When the cloud is used simply as a “remote data center,” the classic division of labor is carried over, and much of the potential of the cloud goes unrealized.

But the shift to using the cloud as a platform for building and running applications is disrupting security in profound ways. From the perspective of the cloud customer, platforms like Amazon Web Services (AWS), Microsoft Azure, and Google Cloud are 100% software, and developers are now programming the creation and management of their cloud infrastructure as an integral part of their applications. That means developers are designing their cloud architecture and setting security-critical configurations — and then changing them constantly.

This shift represents a massive opportunity for organizations operating in highly competitive industries, because application and cloud teams can innovate much faster than they could in a data center. But it presents a serious challenge for those teams that need to ensure the security of increasingly complex and highly dynamic cloud environments.

The only effective way to approach cloud security today is by empowering the developers building and operating in the cloud with tools that help them proceed securely. Failing to do so makes security the rate-limiting factor for how fast teams can go in the cloud, and how successful digital transformation can be.

In order to understand what it means to empower developers on cloud security, we need to define what we mean by developer. It’s a broad umbrella that covers several different roles, including:

That means the security team’s role has evolved to become that of the domain expert who imparts knowledge and rules to the developers to ensure they work in a secure environment. Rather than express those in a human language for others to understand and interpret, they use PaC, which checks other code and running environments for unwanted conditions. PaC empowers all cloud stakeholders to operate securely without ambiguity or disagreement on the rules and how to apply them at both ends of the software development life cycle (SDLC).

Organizations that get cloud security right champion the embrace of the DevSecOps model and enable developers to ensure the security of applications post-deployment. IDC predicts an increasing number of developers (who will number over 43 million by 2025) will find themselves fully responsible for the ongoing performance and security of their code once it’s running.

For quite some time, applications have involved a software development life cycle, which includes creation, test, deployment and monitoring phases. The movement to “shift left” on application security has generated significant ROI in terms of speed, productivity and security because it’s easier, faster and safer to fix issues earlier in the SDLC. With the adoption of IaC, cloud infrastructure now has its own SDLC, which means cloud security can, and should, also be addressed in pre-deployment phases.

The primary concern with cloud security is misconfiguration, but it’s important to recognize that a misconfiguration is anything in your cloud environment that proves ineffective at stopping a hacker. We’re most familiar with the single-resource misconfigurations that are often highlighted in news coverage of cloud breaches, such as leaving a dangerous port open or enabling public access to an object storage service. But they also involve misconfiguration of the entire environment — the architectural vulnerabilities that give attackers the power of discovery, movement, and data extraction.

APIs drive cloud computing. They eliminate the requirement for a fixed IT architecture in a centralized data center. It also means attackers don’t have to honor the arbitrary boundaries enterprises erect around the systems and data stores in their on-premises data centers. While identifying and remediating misconfigurations is a priority, it’s essential to understand that misconfigurations are just one means to the ultimate end for attackers: control plane compromise, which has played a central role in every significant cloud breach to date.

Empowering developers to find and fix cloud misconfigurations when developing IaC is critical, but it’s equally important to give them the tools they need to design cloud architecture that’s inherently secure against today’s control plane compromise attacks.

There are five steps any organization can take to effectively empower developers to operate securely in the cloud:

Developers are in the best (and often only) position to secure their code before deployment, maintain its secure integrity while running, and better understand the specific places to provide fixes back in the code. But they’re also human beings prone to mistakes operating in a world of constant experimentation and failure. Automation built on PaC removes the risk of human error by automating the process of constantly searching for and catching mistakes before they get deployed.

Organizations that embrace a developer-first approach to cloud security will innovate faster and more securely than their competitors.

Josh Stella is vice president and chief architect at Snyk and a technical authority on cloud security. Josh brings 25 years of IT and security expertise as founding CEO at Fugue, principal solutions architect at Amazon Web Services, and advisor to the U.S. intelligence community. Josh’s personal mission is to help organizations understand how cloud configuration is the new attack surface and how companies need to move from a defensive to a preventive posture to secure their cloud infrastructure. He wrote the first book on “Immutable Infrastructure” (published by O’Reilly), holds numerous cloud security technology patents, and hosts an educational Cloud Security Masterclass series. Connect with Josh on LinkedIn.

Snyk is the leader in developer security. We empower the world’s developers to build secure applications and equip security teams to meet the demands of the digital world. Our developer-first approach ensures organizations can secure all of the critical components of their applications from code to cloud, leading to increased developer productivity, revenue growth, customer satisfaction, cost savings, and an overall improved security posture. Snyk’s Developer Security Platform automatically integrates with a developer’s workflow and is purpose-built for security teams to collaborate with their development teams. Snyk is used by 2,000+ customers worldwide today, including industry leaders such as Asurion, Google, Intuit, MongoDB, New Relic, Revolut and Salesforce. Visit Snyk at https://snyk.io/.

All brand names and product names are trademarks or registered trademarks of their respective companies.