Zayo’s Brazil expansion is the newest route in its Global Low Latency Network, fueling 25 of the largest global financial exchanges 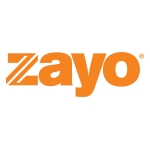 The new São Paulo route joins Zayo’s Global Low Latency Network of high-speed routes connecting key commercial and financial exchanges across major markets, including New York City, Chicago, the New Jersey Equity Triangle, and London. Zayo offers the guaranteed fastest and most secure paths between New York and Chicago, Chicago and Toronto, and the New Jersey Equity Triangle offering uptime of 99.9% on key routes. Other recent rollouts as part of the Global Low Latency Network include routes between the U.S. and Tokyo, and Toronto to Chicago.

Zayo’s Global Low Latency Network consists of 16 million miles of fiber, making it the leading independent provider of global communications infrastructure, operating one of the largest private fiber and wavelength backbones in North America, Europe and Asia. The network delivers a Tier-1 internet backbone, providing secure, low latency connectivity to global centers of commerce, as well as 25 of the largest global exchanges. Zayo’s global network of low-latency routes provides finance customers as well as web-scale, media and cloud providers with the high-bandwidth connectivity capabilities necessary for them to share data at a rapid pace that their employees and customers demand. All of Zayo’s low latency routes are serviced and implemented by a dedicated operations team that is available 24/7 and actively manages for performance and fast installation.

“Zayo’s Global Low Latency Network is the lifeblood of major financial exchanges in the world. Our low latency and carrier-class services are fueling some of the biggest centers of commerce and internet exchanges across the globe and solving major metro and reliability issues in areas that have typically been hard to execute on,” said Derek Gillespie, managing director and global head of enterprise sales at Zayo. “This is why we are dedicated to continuously expanding, improving and diversifying our routes in order to support the fast-paced growth and high demand for connectivity that is essential to all of our clients’ growth and success.”

The expansion into São Paulo and other key financial markets is a part of Zayo’s continued investment and improvement in its network. This year alone, Zayo has invested more than $250 million towards network infrastructure expansion and improvement. The investment was used to complete new, unique long haul and subsea fiber routes as well as increase capacity and improve latency on our existing fiber footprint. Zayo also upgraded its Wave backbone from 100G to 400G in North America and Europe and increased capabilities and capacity for IP and DDoS Protection. Additionally, Zayo recently acquired QOS Networks, which positions the company as the premier provider of secure edge networking services.

Zayo Group Holdings, Inc. is the leading global communications infrastructure platform, delivering a range of solutions, including fiber & transport, packet and managed edge services. Zayo owns and operates a Tier 1 IP backbone spanning 134,000 miles across North America and Europe. By providing this mission-critical bandwidth to its category-leading customers across the wireless, hyperscale, media, tech and finance industries, Zayo is fueling the innovations that are transforming society. For more information, visit https://zayo.com.