STUDIO CITY, Calif.–(BUSINESS WIRE)–A large crowd packed the very same production sets that once housed the casts of Seinfeld and That 70s Show to celebrate their AAPI contemporaries at the Asian Business Association’s Gala. The theme of the night was “true old Hollywood” and several stars were on hand for the festivities. 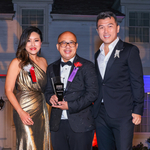 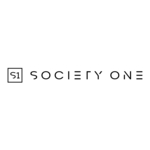 Society 1’s own Yasmine Tanres was glittering in green as she hosted the official red carpet as guests arrived. Bling Empire’s Kane Lim was blinged out head to toe to show support for Takashi alongside his castmate Kelly Mi Li. Kane said, “Takashi is a true visionary. He invests in people and projects that seek to elevate the Asian community and tonight, he’s being spotlighted for that. I’m honored to be here.” Guests were also in the company of The Big Short actor Byron Mann, who’s co-starring in the upcoming film The Modelizer.

Each year, the ABA recognizes business leaders from the Los Angeles community by showcasing the achievements of successful entrepreneurs and corporations who have helped further ABA’s goals and mission. The night kicked off with LA-Based acapella sensation The Filharmonic while guests admired auction features. In true gala style, guests were served a three-course meal during further performances throughout the night. Influencer and musical talent Jason Chen paid homage to Takashi Cheng by singing a cover of Bruno Mars and Anderson .Paak’s “Leave the Door Open,” followed by a beautiful ensemble by Jules Aurora, who sang her latest single, “Anything For You.”

Before Takashi took the stage, his supporters shared a short video highlighting his humble beginnings and perseverance as a youth, which propelled him to success at an early age. Takashi noted during his acceptance speech, “Before social media, this was a place where I could come to be inspired by other Asian Americans.” Takashi’s journey has been filled with many ups and downs, but he credited the ABA as a sanctuary where young professionals can come for mentorship and job opportunities. Takashi highlighted much of his success to his wife and young children. He added, “My wife keeps me positive. Other than giving me my beautiful children, she reminds me what is important in life.” As a show of continued support to AAPI creators, Takashi announced that Society 1 would pledge $100 million dollars to develop new films, programs, resources, and infrastructure for the next generation of ABA leaders. He concluded by expressing that he felt he had “come full circle,” from being a spectator in the crowd to receiving the praise of esteemed members of his community.

“Takashi has been a relentless supporter of the Asian Business Association. It is an evening to celebrate him, but despite that, Takashi used his platform once again to demonstrate to the world that a significant investment in the AAPI creator community is necessary to share perspective and an entire spectrum of content where the underrepresented can be better understood. Pledging to strengthen that will carry his legacy forward for generations to come. We are privileged to call him one of our own,” said Queena Wei, Co-Chair of the ABA.

Membership at Society 1 offers access to exclusive events and experiences, designed to enhance the presence, influence, and participation of Asian Americans in the most elite circles of society. Society 1 advocates for a sustained commitment to justice and ensures that people from historically marginalized communities are given a voice and platform. Changemakers help brand partners build inclusive decision-making practices and promote diversity in the workplace.

The Asian Business Association (ABA) is a non-profit organization that has been proactively assisting Asian American small businesses to gain access to economic opportunities and advancement since 1976. The ABA represents the views of Asian American business owners to local, state, and federal government officials in order to promote and improve the business climate. The ABA is 1,200 members strong and encompasses many kinds of businesses – retailers, lawyers, real estate developers, accountants, marketing agencies, information technology companies, manufacturers, distributors, import/export companies, and many other industries. Through their combined efforts and numerous impactful events, the ABA helps create business opportunities by connecting their members to not just each other, but also to corporations and public agencies such as NBC Universal, T-Mobile, The Walt Disney Company, U.S. Bank, American Honda Motor Co., and many more.