MOUNTAIN VIEW, Calif.–(BUSINESS WIRE)–Workato, the leading enterprise automation platform, is partnering with Grindr, the world’s largest social networking app for gay, bi, trans, and queer people, to help integrate a number of apps across the sales, finance, and legal teams, as well as help streamline the company’s campaign process with advertisers. The sales team at Grindr needed to find a new integration platform where they could easily build new solutions that had a friendly and intuitive user interface. 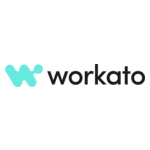 Initially brought on to help the sales team manage multiple apps and streamline processes, Workato was eventually adopted by other departments across Grindr. The finance team at Grindr brought Workato on to help with advertiser invoicing and vendor payments. With Workato’s help, the finance team was able to find an easier way to bridge the gap between two vendor apps to make sending out and processing invoices an easier daily task. Grindr’s legal department utilizes Workato to streamline the vendor process and create a more efficient start-to-finish process for its team. Now, if a contract needs to be updated with new terms and conditions or amended, Workato helps to decrease the time spent on updating contracts.

“Seeing one of the world’s largest social networking platforms constantly looking for ways to evolve its processes to help create efficiencies for both internal teams and vendors is another great example of what the power of automation can do. With Workato’s platform, Grindr has been able to focus the bulk of their time on their continued digital transformation,” said Amanda Cheong, Customer Intelligence and Initiatives at Workato. “All it takes is one person to see the true value and power that Workato can bring to a company, and in Grindr’s case how multiple departments can benefit from a more modernized ad campaign management process. We’re excited to be partnering with Grindr, a leader in bringing people from all around the world together in a safe and secure environment.”

When it came to implementing Workato to assist with the company’s ad campaign management, the team at Grindr was able to spend more time on the creative aspect of each campaign rather than the tactical implementation. Workato allows the team to spend less time figuring out a campaign process and more time working with the advertisers to ensure efficiency on all ends. Because a number of different departments are involved in the lifecycle of a campaign, Workato provided less time tracking down invoices for the legal team and decreased the number of conflicting ads going live at the same time.

“Being a team of one, I needed not only to find a solution fast, but I needed one that could be applied across the company, helping efficiencies across the board. With Workato, I feel support from their engineering team and feel empowered to help other teams at Grindr to tap into their automation potential,” said Alina Lebron, Sales Systems Manager at Grindr. “From the approachable UI to the low-code capabilities, Workato has helped our team go above and beyond with processes both internally and externally. Workato has given us the opportunity to look at daily processes in a different way and continues to push us further into our digital transformation.”

To learn more about Workato’s platform and the future of enterprise automation, visit www.workato.com.

With roughly 11 million monthly active users in virtually every country in the world, Grindr has grown to become a fundamental part of the queer community since its launch in 2009. The company continues to expand its ecosystem to enable gay, bi, trans and queer people to connect, express themselves, and discover the world around them. Grindr is headquartered in West Hollywood, California. The Grindr app is available on the App Store and Google Play.

The leader in enterprise automation, Workato helps organizations work faster and smarter without compromising security and governance. Built for Business and IT users, Workato is trusted by over 17,000 of the world’s top brands, including Broadcom, Intuit, and Box. Headquartered in Mountain View, Calif., Workato is backed by Altimeter Capital, Battery Ventures, Insight Venture Partners, Tiger Global, and Redpoint Ventures. For more information, visit workato.com or connect with us on social media: