MOUNTAIN VIEW, Calif.–(BUSINESS WIRE)–The National Football League (NFL) and Intuit Inc. (Nasdaq: INTU), the global financial technology platform that makes TurboTax, Credit Karma, QuickBooks, and Mailchimp, today announced it has expanded its official partnership in a four-year renewal deal through 2026. As the official financial and accounting software sponsor for the NFL since 2019, Intuit’s sponsorship now includes additional brands and business categories that support its evolving business. New this year, Intuit® Mailchimp® is now also the official email marketing and automation sponsor for the NFL. As a part of the sponsorship, Intuit TurboTax will continue to be the presenting sponsor of both the AFC and NFC Divisional games and the AFC and NFC Championship Games for the 2022 NFL season. 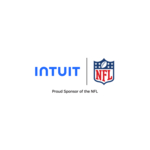 “We are thrilled to renew our partnership with Intuit and help our fans access the personal finance and small business tools they need throughout the year,” said the NFL’s Senior Vice President of Sponsorship, Tracie Rodburg. “As the leading global financial technology platform, Intuit helps solve some of our fans’ biggest challenges.”

“NFL football has the number one fan base across the United States, and is the most watched sport with almost 200 million viewers in the US,” said Lara Balazs, Intuit’s Chief Marketing Officer and General Manager of Strategic Partner Group. ”We are doubling down on our partnership after experiencing the positive impact it’s had on building awareness and purchase intent across our platform among the NFL’s highly engaged, and live-viewing sports fans.”

The extended partnership between Intuit and the NFL now includes:

Intuit engages football fans even after the clock runs out

Intuit helps power prosperity for consumers, self-employed, and small business owners, finding them more money with the least amount of work while giving them complete confidence in their actions and decisions. Intuit’s QuickBooks, Mailchimp, and TurboTax will also feature fan-favorite NFL players across multiple social media and traditional media channels to celebrate and drive prosperity for football fans and their local communities.

Intuit is partnering with NFL players to encourage football fans to participate, helping to raise visibility for the importance of setting financial goals and celebrating financial milestones. Starting this week, Intuit is inviting TikTok users to share their financial wins, big or small, using #IntuitTouchdownDance and a custom filter and song called “Let’s Get Into It.”

About the National Football League (NFL)

The National Football League is America’s most popular sports league, comprised of 32 franchises that compete each year to win the Super Bowl, the world’s biggest annual sporting event. Founded in 1920, the NFL developed the model for the successful modern sports league, including national and international distribution, extensive revenue sharing, competitive excellence, and strong franchises across the country.

NFL content has never been more popular across the US media landscape. According to the Nielsen Company, 192 million unique viewers tuned into the 2017 NFL regular season representing 73 percent of all television homes and 63 percent of potential viewers in the US. During the 2018 NFL Regular Season, NFL games accounted for 19 of the top 20 and 46 of the top 50 most-watched shows on television.

Intuit is the global financial technology platform that powers prosperity for the people and communities we serve. With more than 100 million customers worldwide using TurboTax, Credit Karma, QuickBooks, and Mailchimp, we believe that everyone should have the opportunity to prosper. We never stop working to find new, innovative ways to make that possible. Please visit us for the latest information about Intuit, our products and services, and find us on social.