LOS ANGELES–(BUSINESS WIRE)–Hilma af Klint, the innovative 20th-century Swedish artist whose paintings are considered among the first abstract works in Western art history, is having her celebrated collection, Paintings for the Temple, receive the NFT treatment by Acute Art in collaboration with Stolpe Publishing that will be sold on Pharrell Williams, Shaun Neff, and artist KAWS ‘S GODA (Gallery of Digital Assets) platform launching November 14. 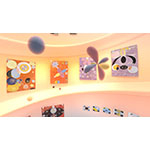 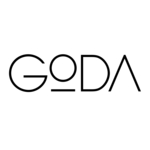 The series of 193 works of the Paintings for the Temple were created between 1906 and 1915 and represent the artist’s most important body of work. An official seven-volume catalog raisonné published by Stolpe Publishing, made possible with the endorsement of the Hilma af Klint Foundation, was finalized this year. The NFT series Hilma af Klint – Paintings for the Temple is minted as an edition of two. One non-commercial set will remain with the publishing house, another set will be for sale on the GODA platform.

“We created GODA to enable the best contemporary artists to harness this new opportunity but do so on a platform that respects the world-class nature of their work, reputation, and accomplishments,” says Pharrell Williams about the platform. He added, “beautiful and meaningful art truly transcends time, and Hilma af Klint’s work is a perfect example of that. We’re honored to show her work on this platform and to truly celebrate a remarkable woman.”

“Hilma af Klint dreamt of a spiral-shaped building large enough to show her most important works, the overwhelmingly beautiful Paintings for the Temple,” said Acute Art Artistic Director Daniel Birnbaum, who helped conceive a VR and AR experience of Hilma af Klint-The Temple which is currently traveling to leading museums around the globe. “In collaboration with Stolpe Publishing, Acute Art has now realized af Klint’s temple in virtual reality. She talked about it as a museum, but also as a spiritual entity, an inner temple shared by all of humankind. As these 193 works are transformed into NFTs, the Temple can now be owned by people worldwide.”

One of Sweden’s most celebrated artists, Hilma af Klint is globally recognized for her pioneering role in abstract art. Both an artist and a mystic whose paintings regularly incorporated complex spiritual ideas, she was inspired by contemporary spiritual movements as well as the scientific discoveries of her day. Her works, distinguished by a strikingly modern aesthetic, embraced an inventive geometric visual language shot through with geometric symbolism: from spirals and circles to diagrams and petal-like forms.

“Hilma af Klint was an amazing visionary! I love her work and find it great that she finally gets the attention she deserves. During her lifetime the audience wasn’t ready, but today we are. She painted for the future. She painted for us!” says American artist and designer Kaws.

In advance of the Paintings for the Temple NFT launch on November 14, GODA has been collaborating with Magic Eden to provide new customers with concierge-level assistance with setting up their crypto wallet so they can participate in the auction for Hilma af Klint’s NFTs.

Born in Stockholm, Hilma af Klint (1862-1944) studied at the Royal Academy of Fine Arts. She initially established herself with her figurative paintings. Originally a devout Christian, she later became involved in spiritualism and was interested in the ideas of Rudolf Steiner’s Rosicrucian theosophy and anthroposophy. These modes of spiritual engagement were popular across Europe, especially in artistic and literary circles. In recent years, interest in af Klint’s esoteric paintings has grown, and in 2018 a large survey at the Guggenheim Museum in New York became the best-attended exhibition in the history of the institution. The Catalog Raisonné presents all the important works of Hilma af Klint, many of which have never been exhibited.

Stolpe Publishing specializes in high quality non-fiction books on art, history and culture. Among them are the recently released catalog raisonné for Hilma af Klint in seven volumes. Stolpe Publishing was founded in 2018 and is part of the Axel and Margaret Ax:son Johnson Foundation for Public Benefit.