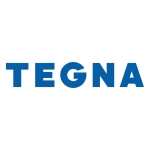 On track to complete proposed acquisition by an affiliate of Standard General in the second half of 2022, subject to regulatory approvals and customary closing conditions

USE OF NON-GAAP INFORMATION

Management and the company’s Board of Directors use non-GAAP financial measures for purposes of evaluating company performance. Furthermore, the Leadership Development and Compensation Committee of our Board of Directors uses non-GAAP measures such as Adjusted EBITDA, non-GAAP net income, non-GAAP EPS, and free cash flow to evaluate management’s performance. The company, therefore, believes that each of the non-GAAP measures presented provides useful information to investors and other stakeholders by allowing them to view our business through the eyes of management and our Board of Directors, facilitating comparisons of results across historical periods and focus on the underlying ongoing operating performance of our business. The company also believes these non-GAAP measures are frequently used by investors, securities analysts and other interested parties in their evaluation of our business and other companies in the broadcast industry.

The company discusses in this release non-GAAP financial performance measures that exclude from its reported GAAP results the impact of “special items” consisting of spectrum repacking reimbursements and other, net, M&A-related costs, advisory fees related to activism defense, certain non-operating items such as a gain on an available for sale investment, and a valuation gain from an investment and an impairment charge recorded for another investment. In addition, we have excluded certain income tax special items associated with a valuation allowance on a deferred tax asset related to an equity method investment, a partial capital loss valuation allowance release, and deferred tax benefits related to state tax planning strategies.

The company believes that such expenses and gains are not indicative of normal, ongoing operations. While these items may be recurring in nature and should not be disregarded in evaluation of our earnings performance, it is useful to exclude such items when analyzing current results and trends compared to other periods as these items can vary significantly from period to period depending on specific underlying transactions or events that may occur. Therefore, while we may incur or recognize these types of expenses and gains in the future, the company believes that removing these items for purposes of calculating the non-GAAP financial measures provides investors with a more focused presentation of our ongoing operating performance.

The company also discusses Adjusted EBITDA (with and without corporate expenses), a non-GAAP financial performance measure that it believes offers a useful view of the overall operation of its businesses. The company defines Adjusted EBITDA as net income attributable to TEGNA before (1) net income attributable to redeemable noncontrolling interest, (2) income taxes, (3) interest expense, (4) equity loss in unconsolidated investments, net, (5) other non-operating items, net, (6) M&A-related costs, (7) advisory fees related to activism defense, (8) spectrum repacking reimbursements and other, net, (9) depreciation and (10) amortization. The company believes these adjustments facilitate company-to-company operating performance comparisons by removing potential differences caused by variations unrelated to operating performance, such as capital structures (interest expense), income taxes, and the age and book appreciation of property and equipment (and related depreciation expense). The most directly comparable GAAP financial measure to Adjusted EBITDA is Net income attributable to TEGNA. Users should consider the limitations of using Adjusted EBITDA, including the fact that this measure does not provide a complete measure of our operating performance. Adjusted EBITDA is not intended to purport to be an alternate to net income as a measure of operating performance or to cash flows from operating activities as a measure of liquidity. In particular, Adjusted EBITDA is not intended to be a measure of cash flow available for management’s discretionary expenditures, as this measure does not consider certain cash requirements, such as working capital needs, capital expenditures, contractual commitments, interest payments, tax payments and other debt service requirements.

This earnings release also discusses free cash flow, a non-GAAP performance measure that the Board of Directors uses to review the performance of the business. Free cash flow is reviewed by the Board of Directors as a percentage of revenue over a trailing two-year period (reflecting both an even and odd year reporting period given the political cyclicality of the business). The most directly comparable GAAP financial measure to free cash flow is Net income attributable to TEGNA. Free cash flow is calculated as non-GAAP Adjusted EBITDA (as defined above), further adjusted by adding back (1) stock-based compensation, (2) non-cash 401(k) company match, (3) syndicated programming amortization, (4) dividends received from equity method investments (5) reimbursements from spectrum repacking, and (6) proceeds from company-owned life insurance policies. This is further adjusted by deducting payments made for (1) syndicated programming, (2) pension, (3) interest, (4) taxes (net of refunds) and (5) purchases of property and equipment.