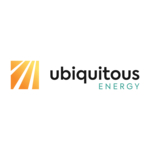 Renewable energy is top of mind as millions of people around the world experience the effects of climate change in real time. According to an August 2022 study by the Yale Program on Climate Change Communications, 64 percent of Americans say they are “at least somewhat worried” about climate change, while 30 percent report feeling “very worried” about it.

In the United States, the Inflation Reduction Act of 2022 catalyzed and capitalized an impactful response, aiming to make renewable energy solutions more affordable and accessible than ever. The moment has galvanized companies and consumers to take action, and it has inspired other countries to implement similar programs.

Given this momentum from consumers and governments alike, Ubiquitous Energy’s transparent, energy-generating solar windows are poised to be the next big breakthrough in a product that has remained mostly unchanged for centuries. The impact of the company’s technology reaches new potential as it prepares for product launch within the next few years. Ubiquitous Energy has already deployed prototypes of its UE Power™ transparent solar windows in several commercial and tenant-occupied buildings, and recently announced a partnership with Andersen Windows and Doors to commercialize transparent solar for residential and light commercial buildings.

“2022 has been a year of change and great progress for the next generation. We are so honored to receive this award at this critical time,” said Susan Stone, CEO at Ubiquitous Energy. “We are inspired to move forward with big things in 2023.”

“We are so proud to reward Ubiquitous Energy for their outstanding 2022 leadership and achievements,” said Maria Jimenez, chief nomination officer of the Business Intelligence Group. “This year’s group of winners have shown that resilience and determination are ‘must-haves’ in today’s economy.”

Founded in 2011, Ubiquitous Energy was started by a group of MIT and MSU technologists looking for new ways to reduce humanity’s carbon footprint by seamlessly integrating solar power technology into everyday products and surfaces. With more than 200 global patent filings, Ubiquitous Energy has the world’s leading transparent solar technology – the conversion of light into electricity while maintaining visible transparency. UE Power™ is a solar coating that integrates into standard windows without sacrificing beauty, design, or vision, with endless possibilities for future applications. For more information, please visit us at https://ubiquitous.energy/ or connect with us via Linkedin.

The Business Intelligence Group was founded with the mission of recognizing true talent and superior performance in the business world. Unlike other industry award programs, business executives—those with experience and knowledge—judge the programs. The organization’s proprietary and unique scoring system selectively measures performance across multiple business domains and then rewards those companies whose achievements stand above those of their peers.