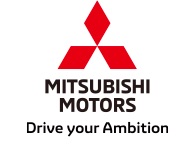 In awarding the Japan Car of the Year, the organizing committee recognized the eK X EV for adopting Japanese kei-car standards, lowering the hurdle to owning a battery electric vehicle (EV) at a realistic vehicle price, and increasing the potential for battery EVs to spread in Japan. Also, before the full-fledged decarbonization era, the combination of kei-car and battery EV not only ensures freedom of mobility for many people including the elderly, but also shows the possibility of solving social issues in a situation where gas stations and public transportation are expected to decline. In terms of driving performance, many commented that its handling and dynamic performance surpass those of conventional kei-cars. It was also highly evaluated for its safety equipment including the 360 degree safety assist (all-around driver assistance system), which provides driver assistance features comparable to those of a luxury car.

In awarding the K Car of the Year, the organizing committee acclaimed the eK X EV as good value for money as an entry-level battery EV even within the category of kei-cars. It was also highly recognized for its driving range of 120 to 150 kilometers (km) in real terms, considering the expected usage environment, as well as for balancing handling stability and quietness at a high level, which many members of the selection committee also pointed out as the reasons for the Japan Car of the Year award.

This is the fifth time4 that Mitsubishi Motors has won the Japan Car of the Year, following the Galant and Legnum in 1996, and the third time5 that it has won an award in the kei-car category, following the eK X space and eK space in 2020.

“We are truly honored to receive the prestigious Japan Car of the Year awards,” said Takao Kato, president and chief executive officer, Mitsubishi Motors. “The electrification technology that we have honed over the years and our underlying strength in car manufacturing have been highly evaluated. We will continue to deliver vehicles that embody Mitsubishi Motors-ness – a combination of safety, security, comfort and environmental-friendliness – and that make driving even more fulfilling for our customers, while contributing to the realization of a carbon-neutral society.”

The eK X EV is a new EV model in the eK X series6, Mitsubishi Motors’ kei-car series with an SUV flavor, offered at an affordable price yet with a driving range of 180 km (in WLTC mode)(7), (8) on a single charge that is sufficient for everyday use. It has been well received for its spacious and pleasant cabin, user-friendliness, the smooth and powerful driving experience of EVs, a quiet and comfortable ride, advanced driver assistance systems, and connectivity. Since the premiere in May this year, around 7,500 orders have been received as of the end of November 2022.

(1) Kei-car is a vehicle category in Japan for microcars.
(2) Both awards are also won by the Nissan Sakura.
(3) Held by the Car of the Year Japan steering committee
(4) Previous winners include the Galant (1987), Diamante (1990), FTO (1994), and Galant and Legnum (1996).
(5) Previous winners include the eK X and eK wagon (2019), and eK X space and eK space (2020).
(6) Lineup includes eK X, a height-wagon kei-car, and eK X space, a super height-wagon kei-car.
(7) In Japan, approximately 80 percent of users of kei-cars and compact cars drive 50 km or less per day (Mitsubishi Motors’ survey). Accordingly, it is estimated that most users can drive for two days without recharging.
(8) WLTC, or Worldwide harmonized Light duty Test Cycle, is an internationally recognized test cycle that is composed of urban, suburban, and highway driving modes with average usage ratios.

Mitsubishi Motors Corporation (TSE:7211) –a member of the Alliance with Renault and Nissan–, is a global automobile company based in Tokyo, Japan, which has about 30,000 employees and a global footprint with production facilities in Japan, Thailand, Indonesia, mainland China, the Philippines, Viet Nam and Russia. Mitsubishi Motors has a competitive edge in SUVs, pickup trucks and plug-in hybrid electric vehicles, and appeals to ambitious drivers willing to challenge convention and embrace innovation. Since the production of our first vehicle more than a century ago, Mitsubishi Motors has been a leader in electrification–launched the i-MiEV – the world’s first mass-produced electric vehicle in 2009, followed by the Outlander PHEV – the world’s first plug-in hybrid electric SUV in 2013. The company announced a three-year business plan in July 2020 to introduce more competitive and cutting-edge models, including the Eclipse Cross (PHEV model), the all-new Outlander and the all-new Triton/L200.

For more information on Mitsubishi Motors, please visit the company’s website at www.mitsubishi-motors.com/en/.