SUNNYVALE, Calif.–(BUSINESS WIRE)–#climatechange—Antora Energy, a leader in zero-carbon heat and power for the industrial sector, has built the world’s first dedicated manufacturing line for thermophotovoltaic (TPV) cells, achieving a major milestone in the production and scalability of TPV technology. The company has also demonstrated an efficiency rate greater than 40% for its TPV technology, setting a new industry benchmark. With these milestone achievements, Antora is poised to revolutionize energy conversion and storage, which are critical for industrial decarbonization and achieving net zero. 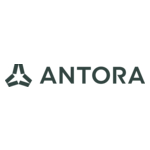 The manufacturing line, located at Antora’s Sunnyvale headquarters, will have an initial capacity of 2 MW of TPV cells annually, making it the world’s largest producer of TPV. The facility, which supports dozens of jobs, relies on a U.S. supply chain with supplier partnerships across multiple states, including in the midwestern and southern U.S.

“We’ve spent several years converting our world-record TPV prototypes into manufacturable products, and have now demonstrated a pathway to production on commercial equipment. Antora’s innovation will enable cost-effective, large-scale replacement of the fossil fuels used in today’s manufacturing processes for heat and power. It’s the fastest, least expensive path for the industrial sector to get to net zero,” said Andrew Ponec, co-founder and CEO, Antora Energy. “This technology breakthrough could have major ramifications in sectors beyond manufacturing, including the electric grid, the built environment, and transportation. A new class of efficient, lightweight, and scalable heat engines could transform how industry thinks about thermal energy and electricity generation.”

The Significance of TPV Technology

For decades, scientists have seen the promise of TPV as an alternative to conventional heat engines for industry, like steam and gas turbines, which are expensive, require ongoing maintenance, and are only efficient and cost-effective at large scale, limiting their applicability. TPV, on the other hand, converts light emitted from a high-temperature heat source using cells similar to solar PV. This conversion occurs directly in a lightweight, solid-state device with no moving parts. Further, because TPV cells are modular, their efficiency and cost are independent of scale, enabling cost-effective deployments from kilowatts to gigawatts.

Until now, TPV technology has met neither the efficiency threshold required to compete with traditional heat engines nor the manufacturability threshold required to produce the technology at scale. Now, Antora has met both of these critical thresholds, demonstrating heat-to-electricity conversion efficiencies greater than 40%, and demonstrating the capability to manufacture TPV at scale.

This breakthrough allows Antora to deliver low-cost, zero-emissions electricity on demand using their thermal battery technology, which consists of carbon blocks heated by inexpensive renewable electricity. The thermal energy stored in these blocks can be directly delivered to industrial customers as zero-carbon process heat, or converted—via Antora’s high-efficiency TPV—back to electricity, on demand.

The combined breakthrough of TPV efficiency and manufacturability is the culmination of years of work and federal and state government support. Since 2018, Antora has collaborated with the world-class photovoltaics team at the National Renewable Energy Laboratory—including Dr. Myles Steiner, Dr. Eric Tervo, Dr. Ryan France, and Dr. Dan Friedman—to achieve the initial technology breakthroughs underlying their current industry-leading TPV efficiency. In fact, some of Antora’s earliest funding was provided by the U.S. Department of Energy’s Advanced Research Projects Agency-Energy to develop TPV technology in partnership with the National Renewable Energy Laboratory, Lawrence Berkeley National Laboratory, and Arizona State University. In 2021, Antora received funding from the California Energy Commission to build a TPV manufacturing line in California. Antora also received support from the National Science Foundation and the U.S. Department of Energy’s Industrial Efficiency and Decarbonization Office to spur advances in TPV.

“Antora’s breakthroughs on TPV could only have happened in California, thanks to the support of the California Energy Commission, and they could only have happened in the United States thanks to the support of the U.S. Department of Energy, and specifically ARPA-E and the Industrial Efficiency and Decarbonization Office,” said Dr. Brendan Kayes, Head of TPV R&D at Antora. “Our breakthroughs show how public leadership and investment can spur game-changing innovations that significantly reduce emissions, accelerate industrial decarbonization, and advance efforts to tackle our climate crisis.”