LONDON–(BUSINESS WIRE)–#industrialtech–Battery Ventures, a global, technology-focused investment firm, promoted software investor Zak Ewen to the role of partner. Ewen is based in London and will continue to help spearhead the firm’s European software-investing efforts. 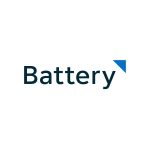 In its 40th year of operations, Battery is currently investing its 14th family of funds: Battery XIV and a companion fund, together capitalized at $3.3 billion, and the $530 million Battery Ventures Select Fund II, all of which closed last year.

Ewen, who originally joined the firm in 2010, focuses on private equity and growth-equity investments in software, information services and enterprise technology in the U.S. and Europe. He is currently involved with Battery portfolio companies Craftview, Easy Software, VertiGIS, Vita Mojo and Forterro, in addition to European software companies Vimcar and Avrios, in which Battery last week agreed to invest. Zak was previously involved with Battery’s investment in low-code software company Mendix, acquired by Siemens in 2018.

Battery also announced that John Raguin, a veteran software-industry executive and the former CEO and president of Guidewire Software, will re-join the firm as an executive in residence. Raguin will offer operational guidance to Battery portfolio software companies in the U.S. and Europe, including working closely with Avrios and Vimcar. Raguin was previously an EIR at Battery from 2011 to 2013 and currently serves on the boards of Battery portfolio companies MadCap Software and CrunchTime! Information Systems.

“We are excited to bring John back on board as an EIR, and also extremely proud to announce Zak’s promotion to partner. It’s a role he exemplifies in every sense, as Zak serves as a partner to technology entrepreneurs and management teams, to junior Battery team members and to others across the firm’s global offices,” said Morad Elhafed, a general partner who works closely with Ewen on European investments. “As a senior member of our London team, Zak has played an instrumental role in developing our technology investment strategy across Europe, one that we plan to accelerate in the years to come.”

As partner, Ewen will help manage the London office as Battery expands its activities across Europe, an increasing focus for the firm. The firm and its portfolio companies have invested in more than 100 European-based companies since 2005. The Battery Ventures London office was established in 2016.

Just last year, Battery announced new European investments in restaurant-software company Vita Mojo and life-sciences technology company Titian, both based in the U.K, and Proemion, a telematics-platform company based in Germany. Battery also re-invested in European ERP software company Forterro after that company’s sale to Partners Group and re-invested in U.K. lab-technology company SPT Labtech after that company’s sale to EQT Private Equity.

Ewen holds a BS in economics and finance from Bentley University and an MBA from Harvard Business School.

Battery partners with exceptional founders and management teams developing category-defining businesses in markets including software and services, enterprise infrastructure, consumer tech, healthcare IT and industrial technology and life-science tools. Founded in 1983, the firm backs companies at all stages, ranging from seed and early to growth and buyout, and invests globally from offices in Boston, San Francisco, Menlo Park, New York, London and Tel Aviv. Follow the firm on Twitter @BatteryVentures, visit our website at www.battery.com and find a full list of Battery’s portfolio companies here.