BUCHAREST, Romania & SANTA CLARA, Calif.–(BUSINESS WIRE)–Bitdefender, a global cybersecurity leader, today announced Bitdefender Internet Security has once again been named Product of the Year, for the highest overall scores throughout all 2022 tests, by AV-Comparatives, an industry leading independent testing firm for cybersecurity solutions. This marks the fifth time Bitdefender has won this coveted award, racking up more wins than any other vendor in the past 10 years. 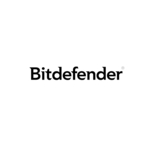 “Bitdefender has proven its cybersecurity efficacy and reliability each year that we’ve tested their solutions,” said AV-Comparatives’ founder and CEO Andreas Clementi. “With five Product of The Year Awards in 10 years, Bitdefender demonstrates its strength in protecting consumer data by detecting and stopping threats as they occur.”

Bitdefender Internet Security is a cybersecurity suite for Windows PCs designed to protect users from malware, phishing, malicious websites and other key cyber threats including fileless attacks. The core antivirus technology consistently earns perfect and near-perfect scores during independent testing and its ability to protect against ransomware ranks as one of the best on the market. In addition to solid prevention capabilities other key features include a firewall, advanced spam filter, password manager, file shredder, parental control and more.

“We are honored to take home another Product of the Year accolade from AV-Comparatives,” said Ciprian Istrate, senior vice president of operations, Consumer Solutions Group at Bitdefender. “This accomplishment demonstrates our continued commitment to deliver the industry’s best protection against malware, data theft and compromised privacy. As cybercrime continues to grow in both sophistication and frequency, our millions of consumer and business customers trust we are in their corner helping to defend and protect.”

Bitdefender has a long history of accolades from market-leading independent testing firms and technology publications that attest to its superior abilities for detecting and stopping threats like ransomware, phishing, malicious links, drive-by-downloads, and more. In addition to earning Product of the Year five times from AV-Comparatives, the company most recently was awarded the PC Mag Reader’s Choice 2023 award for Home Security Suites.

AV-Comparatives is an independent organization offering systematic testing that checks whether security software, such as PC/Mac-based antivirus products and mobile security solutions, lives up to its promises. Using one of the largest sample collections worldwide, it creates a real-world environment for truly accurate testing. AV-Comparatives offers freely accessible results to individuals, news organizations and scientific institutions. Certification by AV-Comparatives provides an official seal of approval for software performance which is globally recognized. For more information, visit https://www.av-comparatives.org.

Bitdefender is a cybersecurity leader delivering best-in-class threat prevention, detection, and response solutions worldwide. Guardian over millions of consumer, enterprise, and government environments, Bitdefender is one of the industry’s most trusted experts for eliminating threats, protecting privacy, digital identity and data, and enabling cyber resilience. With deep investments in research and development, Bitdefender Labs discovers hundreds of new threats each minute and validates billions of threat queries daily. The company has pioneered breakthrough innovations in antimalware, IoT security, behavioral analytics, and artificial intelligence and its technology is licensed by more than 150 of the world’s most recognized technology brands. Founded in 2001, Bitdefender has customers in 170+ countries with offices around the world. For more information, visit https://www.bitdefender.com.