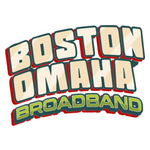 “Frank brings a wealth of industry experience that will have an immediate impact in our fiber business. He has proven to be an industry leader and will be a great asset as we grow our organic and acquisition business. Frank helps position Boston Omaha Broadband for continued expansion and will help create efficiencies and overall synergy amongst all our fiber companies.” said Steven McGhie, CEO of Boston Omaha Broadband.

DeJoy joins Boston Omaha Broadband after serving as Vice President of Network Deployment at Render Networks. He holds over 30 years of experience in the telecommunications industry specializing in global business, network, and product development during executive roles at AT&T, Teleport Communications Group, General Dynamics, Quanta Services, Dycom, and Spectrum Effect (AI wireless startup). During his tenure at AT&T, DeJoy led the growth of the first wireless data network unit from its inception to support over $1B in Annual Recurring Revenue.

DeJoy earned an MBA and a Bachelor of Science in Electrical Engineering with the highest honors from Rutgers University and is a senior member of The Institute of Electrical and Electronics Engineers.

Matters discussed in this press release may constitute forward-looking statements. The Private Securities Litigation Reform Act of 1995 provides safe harbor protections for forward-looking statements in order to encourage companies to provide prospective information about their business. Forward-looking statements include statements concerning plans, objectives, goals, strategies, future events or performance, and underlying assumptions and other statements, which are other than statements of historical facts. The Company desires to take advantage of the safe harbor provisions of the Private Securities Litigation Reform Act of 1995 and is including this cautionary statement in connection with this safe harbor legislation. The words “believe,” “anticipate,” “intends,” “estimate,” “forecast,” “project,” “plan,” “potential,” “may,” “should,” “expect,” “pending” and similar expressions identify forward-looking statements. The forward-looking statements in this press release are based upon various assumptions, many of which are based, in turn, upon further assumptions, including without limitation, our management’s examination of historical operating trends, data contained in our records and other data available from third parties. Although we believe that these assumptions were reasonable when made, because these assumptions are inherently subject to significant uncertainties and contingencies which are difficult or impossible to predict and are beyond our control, we cannot assure you that we will achieve or accomplish these expectations, beliefs or projections.