NATICK, Mass.–(BUSINESS WIRE)–Cognex Corporation (NASDAQ: CGNX) will release earnings for the fourth quarter of 2022 on Thursday, February 16, 2023, after the market closes, and will host a conference call that same day at 5:00 p.m. Eastern Standard Time (EST). The earnings release and conference call are scheduled to coincide with the company’s expected filing of its Form 10-K for the year ended December 31, 2022. 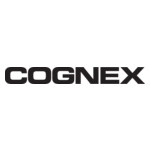 Internet users can listen to a real-time audio broadcast of the conference call or an archived recording on the Cognex Investor Relations website: https://www.cognex.com/Investor.

Cognex Corporation designs, develops, manufactures and markets a wide range of image-based products, all of which use artificial intelligence (AI) techniques that give them the human-like ability to make decisions on what they see. Cognex products include machine vision systems, machine vision sensors and barcode readers that are used in factories and distribution centers around the world where they eliminate production and shipping errors.

Cognex is the world’s leader in the machine vision industry, having shipped more than 3 million image-based products, representing over $9 billion in cumulative revenue, since the company’s founding in 1981. Headquartered in Natick, Massachusetts, USA, Cognex has offices and distributors located throughout the Americas, Europe and Asia. For details visit Cognex online at www.cognex.com.