MENLO PARK, Calif.–(BUSINESS WIRE)–Cyngn Inc. (the “Company” or “Cyngn”) (NASDAQ: CYN), a developer of innovative autonomous driving software solutions for industrial and commercial applications, today announced the appointment of Chris Wright as Head of Sales. Wright has over 30 years of experience in sales, bringing a wealth of knowledge and industry expertise in both robotics and manufacturing. 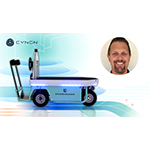 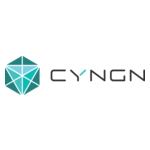 Chris Wright brings extensive experience and sales leadership in the robotics industry. Most notably, Wright served as Vice President of Sales from 2017 to 2022 at Brain Corp, a robotic AI software company that powers autonomous mobile robots for commercial, public spaces. During his tenure at Brain Corp, Wright worked with both direct customers as well as numerous OEM partners, resulting in the successful sale of thousands of autonomous mobile robots over his 5 years. Moreover, in this role, Wright was instrumental in securing partnerships with major retailers such as Kroger, along with various OEM partners in the commercial and industrial spaces, including Minuteman, Tennant, and Kärcher North America. As a result, Brain Corp’s robotic fleet reached a milestone in 2021 of 100 billion square feet covered autonomously.

Lior Tal, CEO and Chairman of Cyngn states, “We are pleased to welcome Chris Wright to the Cyngn team. Chris’s deep understanding of the robotics industry and its trends will be critical as we execute on our strategic goals toward scaled commercialization. We are confident that his extensive expertise in successfully selling thousands of robots to customers and OEM partners in his previous roles will drive growth and make a significant impact on Cyngn’s sales efforts.”

Wright adds, “It’s an exciting time for me to join Cyngn’s leadership team, during this crucial stage in the Company’s growth. Industrial automation is rapidly evolving in response to major challenges facing organizations today, from labor shortages to increased consumer demand, and Cyngn’s vehicle solutions address these issues head-on.”

Prior to joining Cyngn, Wright served as Cleaning Head of Innovation and Robotics for the Americas at ISS, a leading workplace experience and facility management company. In this role, Wright focused on the viability and integration of robotics and autonomy into existing and future ISS clients’ business models, gaining hands-on experience with a broad range of robotic applications. In addition, Wright’s prior experience includes working at Kärcher North America, a manufacturer of commercial, industrial, and consumer cleaning equipment and technologies, for 14 years. In his most recent position, he held the role of Senior Director of Sales. Here, Chris helped to build the BSC division, helping to grow the company’s sales from around $2 million to over $15 million during his time.

Cyngn’s DriveMod Kit can be installed on new industrial vehicles at end of line or via retrofit, empowering customers to seamlessly adopt self-driving technology into their operations without high upfront costs or the need to completely replace existing vehicle investments.