VILLANOVA, Pa.–(BUSINESS WIRE)–Villanova University announced that its Board of Trustees has elected Elizabeth T. Mazzeo ’81 VSB, a special advisor and the former Chief Administrative Officer of Bloomberg LP, as its chairperson. Mazzeo succeeds Justin G. Gmelich, who served as chair of the Board of Trustees since 2021. 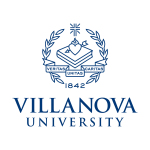 “We have an incredible group of Villanovans joining the Board of Trustees and two distinguished alumni, in Beth Mazzeo and Tom Quindlen, taking on leadership roles,” said University President the Rev. Peter M. Donohue, OSA, PhD. “I look forward to working closely with Beth, Tom and the other new trustees as we continue to move the University forward with its ambitious goals for the future. It’s a great cohort, and I am excited to have them bring their talents and expertise to the Board of Trustees.”

CHAIR, BOARD OF TRUSTEES

Elizabeth T. Mazzeo ’81 VSB is a special advisor and the former Chief Administrative Officer of Bloomberg LP. As Chief Administrative Officer, Mazzeo had responsibility for the company’s global support team across 170-plus offices, more than 40,000 client firms and over 20,000 employees. Her department of more than 1,700 people was responsible for the operation of Bloomberg’s global real estate and facilities portfolio, supply chain, security, travel and expense, along with technical customer and employee support and infrastructure. Mazzeo joined Bloomberg in 1986 and held roles across Bloomberg’s trading systems and data teams before serving as Chief Administrative Officer. Prior to Bloomberg, she worked for the financial services firm Integrated Resources.

Mazzeo received her Bachelor of Science in Business Administration from the Villanova School of Business (VSB) in 1981. She has been a member of Villanova’s Board of Trustees since 2013 and served as its Vice Chair for the last two years. Mazzeo is also a former member of the Dean’s Advisory Council at VSB. A mother of three (Alexandra ’13, Christina ’25 and Lawrence Jr. ’16), she resides in Skillman, N.J., with her husband, Lawrence, a 1983 graduate of Villanova.

VICE CHAIR, BOARD OF TRUSTEES

Quindlen earned his Bachelor of Science in Accounting from VSB in 1984. He has been a member of Villanova’s Board of Trustees since 2015 and previously served as a member of the VSB Dean’s Advisory Council. Quindlen lives in Ridgefield, Conn.

NEW MEMBERS, BOARD OF TRUSTEES

Joseph F. Delaney III ’85 VSB is Partner and Chief Financial Officer at Phibro LLC, a global energy company focused on renewable asset development and trading. Prior to joining Phibro, Delaney co-founded Waterville Capital LLC, serving as its President and Co-Portfolio Manager, and was a Morningstar 5 Star Manager in Large Cap Value. Before forming Waterville Capital, he was a founding member, Partner and Portfolio Manager of the $4.5 billion multi-strategy hedge fund Old Lane LP, which was acquired by Citigroup in 2007. Upon the acquisition, Delaney became a Managing Director of Citi Alternative Investments, a $60 billion alternative investment platform. In 1988, Delaney began his 17-year career at Morgan Stanley & Co. in New York, most recently serving as Managing Director in its fixed income division. He graduated from Villanova in 1985 with a Bachelor of Science in Accounting. Delaney would go on to earn a Master of Science in Economics from the London School of Economics and Political Science, and his MBA from the University of Chicago. He is a past member of Villanova’s Provost Board, in addition to serving on several VSB advisory councils. Delaney and his wife, Nancy Smith ’85 VSB, reside in Princeton, N.J., and Palm Beach, Fla. They have two children, Caitlyn ’21 VSB and Christopher.

Susan M. DiLoreto ’80 CLAS founded and runs her own firm, SMSD Designs, LLC, located in Norwalk, Conn. She was trained at the New York Botanical Garden’s School of Horticulture and Landscape Design. DiLoreto is currently a member of the Augustinian Advancement Council for the Augustinian Province of St. Thomas of Villanova. She has also served in leadership roles for a number of other organizations, including as Commissioner and Chair of the Wilton Conservation Commission; Stewardship Chair for the Weekapaug Foundation for Conservation; and trustee for the Wilton Library. Additionally, she was a co-founding member of the nonprofit Ambler Farm, a member of Weekapaug Green and science coordinator for Cider Mill School. After graduating from Villanova, DiLoreto was employed as a research technician at Temple Medical School. She would go on to work in the insurance industry in various underwriting positions at The Atlantic Companies, AIG and General Reinsurance. DiLoreto graduated from Villanova in 1980 with a Bachelor of Science in Biology. She and her husband, Andrew ’80 VSB, reside in Norwalk, Conn. All three of their children—Andrew ’09 CLAS and his wife, Nicole Connelly DiLoreto ’09 CLAS, Patrick ’10 VSB and John ’14 VSB—are Villanova alumni.

Christine A. Dorfler ’97 VSB is Chief Financial Officer of NBC Sports Group at NBCUniversal. Prior to her current role, Dorfler was Senior Vice President and CFO for NBC and Telemundo Owned Television Stations at NBCUniversal, where she had financial oversight for 42 stations owned by NBC and Telemundo. She has worked at NBCUniversal for nearly two decades, including as Vice President of Finance for NBC4 New York and Telemundo New York; Director of Finance for NBCUniversal’s Digital Media Group; and Director of Programming Finance for USA Network and SyFy Channel. A US Army veteran, she served four years as a Military Intelligence Officer in Europe and supported peacekeeping operations in Bosnia and Albania. Dorfler graduated from Villanova in 1997 with a Bachelor of Science in Accountancy from VSB and went on to earn her MBA from Drexel University. While at Villanova, she was a member of the Women’s Lacrosse team. Dorfler and her husband, Brian, have three children, including a son, Gavin ’26 VSB, currently attending Villanova. They reside in Glen Rock, N.J.

The Rev. Joseph Mostardi, OSA, DMin, ’72 CLAS is Pastor of Our Mother of Good Counsel Parish in Bryn Mawr, Pa., where he has served since 2021. Prior to this role, he worked in ministry for the Augustinian’s Post-Novitiate Formation Program in Chicago. Previously, Father Mostardi served as director for the Pre-Novitiate Formation Program. He graduated from Villanova in 1972 with a Bachelor of Arts in Philosophy and later earned his Master of Arts in Pastoral Theology and Doctor of Ministry from Washington Theological Union. Father Mostardi was ordained in 1975 and assigned to Our Lady of Good Counsel Parish on Staten Island—later moving to Mt. Augustinian Apostolic Center. In 1981, he was named school minister at Monsignor Bonner, where he served for 11 years. During that time, Father Mostardi was also vocation director for the Augustinian province. From there, he served as pre-novice director until 1989, when he was named Assistant to the Dean of Students at Villanova. In 1992, he was named Pastor of Our Lady of Good Counsel on Staten Island. Father Mostardi served as director of the Augustinian Volunteer Program for the province from 1999 until 2008 and, during this time, was also pastor of Old St. Augustine Church in Philadelphia. In 2009, Fr. Mostardi was again assigned to Villanova Campus Ministry, where he remained until 2015.

Daniel F. O’Dea Jr., Esq. ’75 VSB, ’80 JD is President and Founder of Delphi Affordable Housing Group, a real estate development and consulting firm specializing in financial structuring, due diligence, development and syndication of affordable housing. With more than 25 years of experience in taxation, law, real estate, accounting and financial analysis, O’Dea is responsible for the strategic direction and overall management of the company. Prior to founding the firm, he was President of Intrust of Texas, where he provided financial structuring, technical expertise and underwriting for Low Income Housing Tax Credit projects. Previously, he worked as a tax attorney. O’Dea now serves as Principal of Ramp Financial Group, LLC, as well as a member of the Advisory Board of the Institute for Responsible Housing Preservation, the Board of Advisors for Eagle Road Partners, LLC, the Advisory Board of the American Treatment Network, and an Advisor to Heartwood Real Estate Group. He also served as a member of the Advisory Council for the DiLella Center for Real Estate in VSB. O’Dea graduated from Villanova in 1975 with a Bachelor of Science in Accounting and would go on to earn his Juris Doctorate at the Villanova University Charles Widger School of Law. He and his wife, Liz, reside in Austin, Texas.

The Rev. Donald F. Reilly, OSA, ’71 CLAS is currently a Senior Advisor for Mission & Philanthropy at Malvern Preparatory School in Malvern, Pa. In this role, he assists Malvern Prep’s Office of Development with major giving and campus ministry. Previously, Father Reilly served as Malvern Prep’s 14th Head of School from 2017 to 2022. Prior to arriving at Malvern Prep, he was president of St. Augustine Prep in Richland, N.J., for six years. Before that, he served two four-year terms as prior provincial of the Province of St. Thomas of Villanova. Father Reilly graduated from Villanova in 1971 and was ordained at Villanova in 1974. His first assignment was as a parish priest in Jamaica, N.Y. Father Reilly’s assignments would later take him to a variety of locales, including the Bronx, N.Y., as a high school teacher and parish minister, Villanova University both as a campus minister and Personnel Director of the Province, and Havertown, Pa., as pastor of St. Denis Parish. During his time in New York, Father Reilly earned a Doctorate in Ministry (Counseling) at New York Theological. In 1995, he co-founded Siloam—an organization that provides support to those living with HIV/AIDS in the Philadelphia area—and served as its executive director.

About Villanova University: Since 1842, Villanova University’s Augustinian Catholic intellectual tradition has been the cornerstone of an academic community in which students learn to think critically, act compassionately and succeed while serving others. There are more than 10,000 undergraduate, graduate and law students in the University’s six colleges—the College of Liberal Arts and Sciences, the Villanova School of Business, the College of Engineering, the M. Louise Fitzpatrick College of Nursing, the College of Professional Studies and the Villanova University Charles Widger School of Law. Ranked among the nation’s top universities, Villanova supports its students’ intellectual growth and prepares them to become ethical leaders who create positive change everywhere life takes them. For more, visit www.villanova.edu.