Joining major league sports teams across the NFL, MLB and MLS, the Arena is the first NHL-specific venue to partner with Evolv

WALTHAM, Mass.–(BUSINESS WIRE)–Evolv Technology (NASDAQ: EVLV), the leader in AI-based weapons detection security screening, today announced its partnership with Nashville, Tennessee’s iconic Bridgestone Arena. Evolv’s state-of-the-art Evolv Express® screening solution is being used to help keep sports and entertainment fans of all kinds safer while improving their experience at the venue, which is one of the busiest in the U.S. 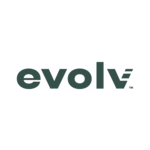 Located in the heart of Music City, Bridgestone Arena is home to the NHL’s Nashville Predators and numerous national and international events including the annual Country Music Association (CMA) Awards. It’s a two-time recipient of Pollstar’s Arena of the Year award, has been nominated for the 15th consecutive time for the award in 2023, and is an Arena of the Decade nominee. The arena ranks fourth in the United States for ticket sales with 815,926 tickets sold and seventh in the world for gross ticket sales with $80,647,936.70 in revenue, according to international trade publication Pollstar’s 2022 Year End Industry Report. Additionally, Bridgestone Arena is eighth in the world on Billboard’s 2022 Year-in-Touring bulletin Top Venues (15,001+ capacity) chart with $94.1 million and 800,000 tickets sold.

“Bridgestone Arena is known as a premier entertainment destination, in part, because of the elevated experience we provide for our guests, with safety being a key pillar of that overall experience,” said David Chadwell, vice president of event operations at Bridgestone Arena. “Since installing the Evolv Express systems earlier this year, we’ve seen improvements across the board including operational efficiencies, and most importantly, happier guests.”

Fourteen Evolv Express systems were installed at the venue’s various ingress points this past October ahead of the first puck drop of the current NHL season. The system, which uses a combination of AI and powerful sensor technology to provide safer, more accurate threat detection at unprecedented volume and speed, is also used by the Tennessee Titans at nearby Nissan Stadium. By enabling Evolv Express, the Titans caught 254 prohibited items in just a three-game period and doubled fan satisfaction scores.

“Our rapidly expanding footprint is due to our proven ability to make the security screening process seamless for venues and their guests, and in a very short period of time, we believe we’ve demonstrated our value with Bridgestone Arena by replicating the success we’ve had at other arenas, stadiums and venues, both nationally and internationally.” said John Baier, Evolv Technology’s vice president of sports.

Evolv Express is transforming the guest experience at professional sports venues around the country. In total, Evolv now screens fans of 23 major league sports teams across the NFL, MLS, MLB and NHL, including the Cleveland Browns, Columbus Crew and Atlanta Falcons.

Serving as the home for numerous national and international events, Bridgestone Arena has the distinction of being one of the busiest venues in the United States since the doors first opened in 1996, hosting more than 27 million guests during that time. The NHL’s Nashville Predators have been the primary tenants of Bridgestone Arena since 1998 and boast one of the most unique game atmospheres in the NHL. The list of acts that have called the Pollstar Arena of the Decade nominee and 2017 Pollstar and IEBA Arena of the Year home is lengthy and includes the Country Music Association Awards; the Country Music Television Awards; and the SEC Basketball Tournament through 2035. To view a full Bridgestone Arena event schedule, visit BridgestoneArena.com.

Evolv Technology (NASDAQ: EVLV) is transforming human security to make a safer, faster, and better experience for the world’s most iconic venues and companies as well as schools, hospitals, and public spaces, using industry leading artificial intelligence (AI)-powered weapons detection and analytics. Its mission is to transform security to create a safer world to work, learn, and play. Evolv has digitally transformed the gateways in places where people gather by enabling seamless integration combined with powerful analytics and insights. Evolv’s advanced systems have scanned more than 425 million people, second only to the Department of Homeland Security’s Transportation Security Administration (TSA) in the United States. Evolv has been awarded the U.S. Department of Homeland Security (DHS) SAFETY Act Designation as a Qualified Anti-Terrorism Technology (QATT) as well as the Security Industry Association (SIA) New Products and Solutions (NPS) Award in the Law Enforcement/Public Safety/Guarding Systems category. Evolv Technology®, Evolv Express®, Evolv Insights®, and Evolv Cortex AI® are registered trademarks of Evolv Technologies, Inc. in the United States and other jurisdictions. For more information, visit https://evolvtechnology.com.