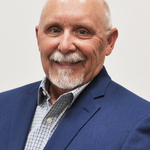 “I’m looking forward to meeting my fellow council members and getting to work,” said Mr. Long, who brings more than 25 years of affordable housing finance experience to the Advisory Council.

During the past 18 years, he has served as president of Austin, Texas, -based Texas State Affordable Housing Corp. (TSAHC), where he is responsible for developing initiatives and policies to maximize the impact of statewide affordable housing programs. Mr. Long has worked with both single-family and multifamily housing, served as the Governor’s liaison to the U.S. Interagency Council on Homelessness and helped launch TSAHC’s Texas Supportive Housing Institute. His three-year term began January 1 and will expire on December 31, 2025.

“It’s always great to welcome in fresh faces with fresh perspectives. David Long has a variety of experience that he offers the council and we’re excited to see this relationship grow,” said Greg Hettrick, senior vice president and director of Community Investment for FHLB Dallas. “We’re also thrilled to see the reappointment of four members who have been excellent contributors to the council.”

The following members were reappointed to the Advisory Council:

Jeff Curry, representing New Mexico, has been elected to serve as the Advisory Council’s vice chair. He has been the director of development for JL Gray Co. (JL Gray) for nearly 20 years. Mr. Curry manages the company’s acquisition and development of new housing, as well as the rehabilitation of existing properties. The JL Gray is a for-profit management and development organization that specializes in multifamily affordable housing, managing more than 150 properties in five states. In addition, it participates in affordable housing policy discussions at the state and federal level and helped create the Southwest Affordable Housing Group to foster relationships between affordable housing developers, managers and agencies.

Jim Petty, representing Arkansas, is a veteran business owner and CPA. He is president and chief executive officer of the Strategic Realty Cos., which includes Strategic Realty Developers Inc. Since forming Strategic Realty in 2007, Mr. Petty has overseen the development and construction of more than $100 million in real estate transactions in Oklahoma and Arkansas. His companies develop, construct, manage and provide consulting services in the affordable housing industry. They have partnered with nonprofit agencies, housing authorities, community housing development organizations and other companies, providing various services needed to make affordable housing successful. Mr. Petty also is an Arkansas state senator for District 29.

Deborah Welchel, representing Texas, brings close to 30 years of affordable housing knowledge to the Advisory Council. She currently serves as the senior development director for Texas for Volunteers of America National Services, a subsidiary of Volunteers of America Inc. In her role, she analyzes markets, determines financial feasibility, assists with funding applications and lender/investor selections and oversees the construction draw process and permanent loan conversions. Ms. Welchel has served in many leadership roles during her career including manager of underwriting at Texas Department of Housing and Community Affairs, director for a Texas based Low-Income Housing Tax Credit developer and vice president of asset management for a property management company.

The remaining members of the Advisory Council are:

About the Federal Home Loan Bank of Dallas

The Federal Home Loan Bank of Dallas is one of 11 district banks in the FHLBank System created by Congress in 1932. FHLB Dallas, with total assets of $89.6 billion as of September 30, 2022, is a member-owned cooperative that supports housing and community development by providing competitively priced loans and other credit products to approximately 800 members and associated institutions in Arkansas, Louisiana, Mississippi, New Mexico and Texas. For more information, visit our website at fhlb.com.