CINCINNATI–(BUSINESS WIRE)–Great American Insurance Group is pleased to announce the promotion of Jason Kyd and Melissa Person to the role of Divisional Senior Vice President within its Fidelity / Crime Division. 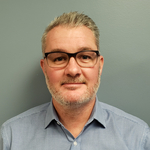 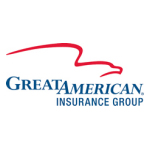 Mr. Kyd joined Fidelity / Crime in 2005, after several years as a Specie broker for Marsh London. He has been pivotal in growing and developing the Division’s successful Specie book. Mr. Kyd also established the Company’s Fine Art book, which recently expanded into Canada. In his vast responsibilities, Mr. Kyd oversees the Division’s Claims, Finance, Processing and Auditing teams as well as the Fine Art group. He also serves as a board member with the Secure Cash and Transport Association (SCTA). Mr. Kyd started his career in Lloyds of London and has worked in the insurance industry for more than 30 years.

“We are excited to elevate some of our top talent to the next stage in their careers. Melissa and Jason have been with us since the early days of our Division and have both been instrumental in helping us achieve a market ranking as the third largest crime writer in North America,” said Stephanie Hoboth, Divisional President, Fidelity / Crime. “Their dedication to excellence and their incredible customer service skills have been so critical to our success.”

With more than 25 years of protecting virtually every class of business from crime-related losses, Great American’s Fidelity / Crime Division has a depth of experience in both underwriting and claims that is unmatched in the marketplace. As one of the largest monoline crime insurers in the hemisphere, the Fidelity / Crime Division maintains $50 million in underwriting capacity for private and public businesses, financial institutions and governmental entities, and $65 million in a broad kidnap, ransom & extortion policy. Additionally, Fidelity / Crime offers specialized products and programs for fine art, casinos and gaming operations, armored car companies, mining risks, ATM companies, security guards and check cashers.