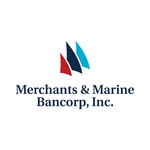 With the promotion, Jeff will serve as COO of both the holding company and its banking subsidiary. Trammell joined Merchants & Marine Bank’s executive leadership team in 2019, taking the role of Chief Risk & Strategy Officer.

“Jeff is one of the most intelligent, driven, and accomplished leaders that I’ve had the privilege of working with,” stated Clayton Legear, President and Chief Executive Officer of Merchants & Marine Bancorp. “He has the rare ability to not only identify opportunities, but to develop actionable strategies and rapidly mobilize teams to seize those opportunities.”

During Trammell’s tenure at Merchants & Marine Bank, he has provided critical leadership to several key initiatives including the overhaul of the bank’s credit risk management program, leading significant enhancements in the loan operations department, and strengthening the Bank Secrecy Act function, better positioning the bank for efficiency and scalability.

In his new role, Trammell will leverage his extensive knowledge and drive to help support the establishment of Merchants & Marine Bank’s new bank services division, which will serve as the operational backbone of the bank’s growing family of community banking brands.

Just prior to joining Merchants & Marine Bank, Trammell served as a Supervisory Examiner at the Mississippi Department of Banking and Consumer Finance. He also worked as a Compliance Examiner and Assistant District Office Manager for the Louisiana Office of Financial Institutions, earning recognition for his leadership and excellence from the Conference of State Bank Supervisors.

“Aside from Jeff’s incredible ability to execute, his genuine concern for his team and desire to help them reach their full potential is remarkable,” Legear continued. “We believe that each of our brands deserve a best-in-class team of professionals supporting them as they go about serving their clients and communities, and this is exactly what Jeff and his team will continue building.”