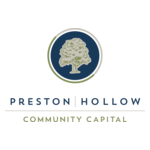 Upon completion, the anchor piece of the development, a 43-acre movie and television production studio known as “Assembly Studios,” will be one of the largest purpose-built film studios in the United States and feature multiple film stages for television and major motion picture film productions, employing approximately 4,000 full-time employees. In addition to Gray and existing tenant Third Rail Studios, the majority of Assembly Studios will be leased by NBCUniversal.

“Preston Hollow was pleased to work alongside Gray and the Assembly Community Improvement District to provide a tailored financial solution for this transformational project,” said Ramiro Albarran, Co-Head of Originations at Preston Hollow Community Capital. “This unique development will drive job creation in the community, aligning perfectly with our mission of funding sustainable infrastructure needs to promote economic growth.”

“Assembly will be an economic growth and jobs magnet for the Atlanta Region and Georgia entertainment industry at large,” said Hilton H. Howell Jr., Executive Chairman and CEO of Gray Television, Inc. “Preston Hollow will be a key player in the project’s success, and we are grateful for their efforts and expertise in getting this transaction done in a difficult economic climate.”