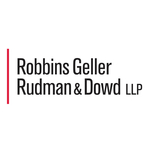 If you suffered substantial losses and wish to serve as lead plaintiff of the Generac class action lawsuit, please provide your information here:

You can also contact attorney J.C. Sanchez of Robbins Geller by calling 800/449-4900 or via e-mail at [email protected]. Lead plaintiff motions for the Generac class action lawsuit must be filed with the court no later than January 30, 2023.

The Generac class action lawsuit alleges that throughout the Class Period defendants made false and/or misleading statements and/or failed to disclose that: (a) Generac had been suffering substantial declines in demand for its legacy generator product offerings, causing Generac to slash product prices by nearly 20% and engage in a massive acquisition spree in an attempt to offset waning demand; (b) SnapRS components being marketed and sold through a partnership with Generac suffered from serious product defect and safety issues; (c) Generac was exposed to significant impending warranty liability related to Generac’s participation in the sale of SnapRS components; and (d) as a result, the strength of Generac’s business metrics and financial prospects had been grossly overstated and materially misrepresented throughout the Class Period.

On November 2, 2021, Generac posted disappointed earnings for the interim period ended September 30, 2021 and lowered its full year fiscal 2021 guidance, blaming the impact of supply chain challenges on margins. Generac also announced that it was acquiring smart thermostat manufacturer ecobee Inc., which unsettled investors because it would be Generac’s sixth recent acquisition and indicated a potential slowdown in Generac’s core generator business. On this news, the price of Generac shares declined more than 10% over two trading days.

Then, on August 1, 2022, Pink Energy filed a lawsuit against Generac revealing that Generac’s “defective” SnapRS components had caused millions of dollars of damage, giving rise to liability that threatened Pink Energy’s solvency. The liability created by defective SnapRS components would ultimately force Pink Energy to declare bankruptcy on October 7, 2022, subjecting Generac to additional financial liability. On this news, the price of Generac shares declined further.

Thereafter, on October 19, 2022, Generac revealed that it had missed sales expectations for the third quarter of 2022 and cut its guidance for fiscal 2022. That same day, in the wake of Pink Energy’s eventual bankruptcy filing, Generac revealed that it had taken “pre-tax charges totaling approximately $55 million, including approximately $37 million of clean energy product warranty-related matter and approximately $18 million of bad debt expense related to a clean energy product customer that has filed for bankruptcy.” On this news, the price of Generac shares declined by more than 25%.

Finally, on November 2, 2022, Generac released its financial results for the third quarter of 2022, and slashed its sales guidance on its solar energy business for the remainder of the year by approximately 40%. On a conference call with investors and stock analysts held that same day, Generac’s CEO attributed the lowered guidance to “the loss of a major customer during the quarter, along with the specific warranty-related issue” – i.e., the defective SnapRS component and the Pink Energy bankruptcy. On this news, the price of Generac shares declined by an additional 8%, further damaging investors.

The plaintiff is represented by Robbins Geller, which has extensive experience in prosecuting investor class actions including actions involving financial fraud. You can view a copy of the complaint by clicking here.

ABOUT ROBBINS GELLER: Robbins Geller is one of the world’s leading complex class action firms representing plaintiffs in securities fraud cases. The Firm is ranked #1 on the most recent ISS Securities Class Action Services Top 50 Report for recovering nearly $2 billion for investors in 2021 – more than triple the amount recovered by any other plaintiffs’ firm. With 200 lawyers in 9 offices, Robbins Geller is one of the largest plaintiffs’ firms in the world and the Firm’s attorneys have obtained many of the largest securities class action recoveries in history, including the largest securities class action recovery ever – $7.2 billion – in In re Enron Corp. Sec. Litig. Please visit the following page for more information:

Past results do not guarantee future outcomes.

Services may be performed by attorneys in any of our offices.