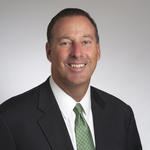 Oddleifson has served as the Bank’s CEO since 2003. Under his leadership, Rockland Trust has grown total assets from just over $2 billion to nearly $20 billion and expanded from its southeastern Massachusetts roots to a bank with over 120 retail branches, commercial and residential lending centers, and investment management offices.

“What an honor it has been to serve as Rockland Trust’s CEO,” said Oddleifson. “After leading Rockland Trust for over twenty years, I have decided that the time has come to pass the baton. I am thrilled that our Board of Directors has selected a successor with the caliber of Jeff Tengel to guide Rockland Trust into the future.”

The appointment of Tengel is the culmination of a thoughtful, thorough CEO succession planning process that involved a nationwide search. A special committee of the Board, comprised of independent directors, oversaw CEO succession planning, assisted by a preeminent leadership consulting firm. Following Tengel’s formal appointment as CEO, Oddleifson will remain with Rockland Trust in an executive advisory role until the end of 2023.

“On behalf of the Board of Directors, I thank Chris Oddleifson for establishing consistent, disciplined, outstanding performance over the last two decades,” said Donna L. Abelli, Chair of both the Independent and Rockland Trust Boards. “Our strategic direction is unchanged, and we are confident that Jeff Tengel will leverage his robust commercial banking experience and people-first leadership style to maintain Rockland Trust’s best-in-class culture and build on the organization’s solid foundation.”

Tengel received his Bachelor of Science degree in accounting from Marquette University and his M.B.A. from the Weatherhead School of Management at Case Western Reserve University. He currently serves on the Board of Trustees of Quinnipiac University.

“I am grateful for the opportunity the Board has granted me to join an outstanding organization so deeply rooted in the communities it serves,” said Tengel. “I look forward to building strong, enduring relationships with Rockland Trust’s loyal customers and dedicated colleagues. I am steadfastly committed to maintaining the award-winning culture and customer service fostered during Chris Oddleifson’s long-term stewardship. I will draw upon my experience to lead Rockland Trust to a tomorrow filled with innovation, opportunity, sustainable disciplined growth, and purpose.”

Oddleifson will continue to serve as a Class III Director of Independent and as a Rockland Trust Director. Oddleifson does not intend to stand for reelection as a director when his current terms expire in 2023.

Independent Bank Corp. (NASDAQ Global Select Market: INDB) is the holding company for Rockland Trust Company, a full-service commercial bank headquartered in Massachusetts. Rockland Trust was named to The Boston Globe’s “Top Places to Work” 2022 list, an honor earned for the 14th consecutive year. *In 2022, Rockland Trust was ranked #1 in Customer Satisfaction with Retail Banking in New England. Rockland Trust has a longstanding commitment to equity and inclusion. This commitment is underscored by initiatives such as Diversity and Inclusion leadership training, a colleague Allyship mentoring program, and numerous Employee Resource Groups focused on providing colleague support and education, reinforcing a culture of mutual respect and advancing professional development, and Rockland Trust’s sponsorship of diverse community organizations through charitable giving and employee-based volunteerism. In addition, Rockland Trust is deeply committed to the communities it serves, as reflected in the overall “Outstanding” rating in its most recent Community Reinvestment Act performance evaluation. Rockland Trust offers a wide range of banking, investment, and insurance services. The Bank serves businesses and individuals through over 120 retail branches, commercial and residential lending centers, and investment management offices in eastern Massachusetts, including Greater Boston, South Shore, North Shore, Cape Cod and Islands, Worcester County, and Rhode Island. Rockland Trust also offers a full suite of mobile, online, and telephone banking services. Rockland Trust is an FDIC member and an Equal Housing Lender. To find out why Rockland Trust is the Bank Where Each Relationship Matters®, please visit RocklandTrust.com.

*Rockland Trust received the highest score in a tie in the New England Region of the J.D. Power 2022 U.S. Retail Banking Satisfaction Study of customers’ satisfaction with their primary bank. Visit jdpower.com/awards for more details.