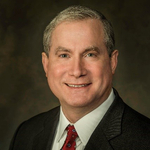 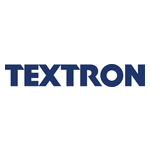 Atherton joined Textron Defense Systems in 2007. In 2013, she transitioned to Bell and held a number of leadership positions within Military Programs, including executive vice president, Military Business. In 2017, she was named as president & CEO of Textron Systems. A graduate of the U.S. Air Force Academy, she later spent eight years at Air Combat Command’s Directorate of Requirements.

Hammoor brings more than 38 years of leadership experience in the defense industry and military service to Textron Systems. Hammoor most recently served as the president & CEO of Textron Aviation Defense LLC from 2016 to 2022. Prior to joining Textron, Hammoor had a distinguished nearly 30-year career with General Electric, encompassing leadership roles in Quality, Manufacturing and Customer Service. He graduated from the U.S. Military Academy. His military career culminated in the 101st Airborne Division in which he served as scout/attack helicopter platoon leader.

Scott C. Donnelly, Textron chairman & CEO, said, “Lisa’s leadership and experience with military programs at Bell and Textron Systems will be invaluable as we ramp up and execute on the U.S. Army’s Future Long-Range Assault Aircraft program.” He continued, “we are also fortunate to have a leader like Tom, who brings tremendous expertise, leadership and business acumen to his new role at Textron Systems.”

Textron Inc. is a multi-industry company that leverages its global network of aircraft, defense, industrial and finance businesses to provide customers with innovative solutions and services. Textron is known around the world for its powerful brands such as Bell, Cessna, Beechcraft, Hawker, Pipistrel, Jacobsen, Kautex, Lycoming, E-Z-GO, Arctic Cat, and Textron Systems. For more information visit: www.textron.com.