Total corporate funding for Solar companies came to $24.1 billion in 2022

AUSTIN, Texas–(BUSINESS WIRE)–#MA–Mercom Capital Group, a global clean energy communications and consulting firm, released its annual report on funding and merger and acquisition (M&A) activity for the solar sector in 2022. 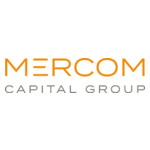 Total corporate funding worldwide in the solar sector, including venture capital and private equity (VC), debt financing, and public market financing, came to $24.1 billion in 2022, a decline of 13% compared to $27.8 billion in 2021. The total deal count, however, was up by over 20% year-over-year (YoY).

“The war in Ukraine has accelerated demand for solar around the world and the Inflation Reduction Act has boosted the sector in the U.S. In 2022, we saw record venture capital and private equity funding; solar companies were acquired in record numbers; and solar projects saw its second best year for acquisitions,” commented Raj Prabhu, CEO of Mercom Capital Group. “But we are beginning to see higher interest rates bite into financing activity which resulted in lower public and debt financing in the second half of the year.”

There was a record 128 mergers and acquisition (M&A) transactions in 2022.

There were 268 large-scale solar project acquisitions in 2022, 66 GW of solar projects changed hands, the second highest ever.

The 122-page report covered 225 companies and investors, and contains 106 charts, graphs, and tables.