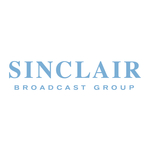 Wilkin joins Sinclair from Twelve 24 Media, where she was a Managing Partner at the media industry consulting firm.

In making the announcement, Rob Weisbord, Sinclair’s Chief Operating Officer and President of Broadcast, said, “Diana is a seasoned media executive with expertise in sales, news and digital leadership, along with an extensive financial management background. She will be a tremendous asset for the company, and we are thrilled she is joining us to lead KOKH and KOCB as VP/GM.”

Wilkin has held several executive leadership positions across the broadcast industry, including CBS Network’s President of Affiliate Relations and FOX Broadcasting’s SVP of Network Distribution. Throughout her career, she has also served as Vice President/General Manager in several markets, including WPEC/West Palm, WAWS/WTEV/Jacksonville, KGPE/Fresno, KSAS/Wichita and WSFX/Wilmington.

“I’m excited to be joining the outstanding team at KOKH. It’s a terrific opportunity to grow our local news brand and I couldn’t be more thrilled to be part of the Sinclair family,” said Wilkin.

Sinclair Broadcast Group, Inc. is a diversified media company and a leading provider of local news and sports. The Company owns, operates and/or provides services to 185 television stations in 86 markets; owns multiple national networks including Tennis Channel and Stadium; has TV stations affiliated with all the major broadcast networks and owns and/or operates 21 regional sports network brands. Sinclair’s content is delivered via multiple platforms, including over-the-air, multi-channel video program distributors, and digital and streaming platforms NewsON and STIRR. The Company regularly uses its website as a key source of Company information which can be accessed at www.sbgi.net.