AUSTIN, Texas–(BUSINESS WIRE)–Today, NFN8 GROUP announced that it has received and installed the first ANTMINER S19 XP’s to land in the United States at Core Scientific’s “(NASDAQ: CORZ)” Dalton, GA Data Center. This installation milestone was recorded for presentation at the World Digital Mining Summit that was held July 26, 2022 in Miami, FL. A strategic hosting alliance between Core Scientific and NFN8 was previously announced in the press by Core’s Chairman in October 2020. 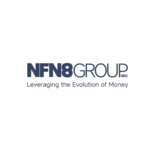 The GA event was celebrated at the Summit by Irene Gao, ANTMINER Sales Director from BITMAIN, owners Josh Moore, Cory Rodriguez, Steven Greene from NFN8, and Russell Cann, Executive Vice President at Core Scientific. Many of the leading Digital Mining Companies in the world attended the Summit that featured a dinner where BITMAIN and NFN8 gave powerful speeches discussing the current and future outlook for the industry.

The ANTMINER S19 XP units were promoted to be one of the most powerful miners ever produced. After Core’s tech team racked NFN8’s shipment, these predictions were borne out by Core’s proprietary monitoring systems. The cutting-edge, next-generation XP’s reached a hash rate of over 140T. The specs claim this high hash rate comes with a 27% power efficiency from the S19 Pro and pushes the expected life cycle to six years. While all the results are still being calculated, the on-site feel was that these units were running significantly cooler while delivering power as promised. It appears, as promised, that the future of mining digital currency has arrived.

NFN8’s meteoric rise to industry prominence has been achieved by implementing a unique sale/leaseback business model. Core Scientific is a leader in high-performance Blockchain infrastructure and software solutions. BITMAIN is the world’s leading manufacturer of digital currency mining servers.

Josh Moore, Chairman of NFN8 Group, remarked, “We are grateful to have the honor of being the first to put these miners to work in the U.S., but we are always mindful that we are all pioneering an industry where the output may be decentralized, but collaboration is the key to success. BITMAIN and Core have been fantastic industry partners, along with all the others who will be joining us in racking these powerful, energy-efficient machines.”

Mike Levitt, CEO of Core Scientific, commented, “Core Scientific is a leader in blockchain data centers and digital asset mining, and our entire team is proud to host the first BITMAIN ANTMINER S19 XP servers in the United States for NFN8. We look forward to our continued collaboration with BITMAIN and installing ANTMINER S19 XP servers ​for NFN8, our other hosting customers, and our self-mining operations.”

Irene Gao, ANTMINER Sales Director from BITMAIN, commented, “We are thrilled to continue working with Core Scientific and NFN8 Group, establishing a long-term partnership. The installation of ANTMINER S19 XP represents the culmination of years of research and development, offering a high-performance and energy-efficient mining server. The addition of these miners validates a strong position in the digital currency mining space.”

All in attendance agreed that this milestone was worth noting and remembering. It showcases the innovative, collaborative spirit among major industry companies who continue to lead in creating a more productive and positive outlook for the entire digital currency marketplace.