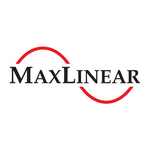 More specifically, at the EGM, securityholders of Silicon Motion approved, by the requisite vote, the acquisition of Silicon Motion by MaxLinear, including the approval of: (a) the Agreement and Plan of Merger, dated May 5, 2022 (as it may be amended from time to time, the “Merger Agreement”), by and among MaxLinear, Shark Merger Sub, an exempted company incorporated and existing under the laws of the Cayman Islands and a wholly-owned subsidiary of MaxLinear (“Merger Sub”), and Silicon Motion, pursuant to which Merger Sub will merge with and into Silicon Motion with Silicon Motion continuing as the surviving company and becoming a wholly-owned subsidiary of MaxLinear (the “Merger”); (b) the plan of merger required to be filed with the Registrar of Companies in the Cayman Islands; (c) the Merger itself, on the terms and subject to the conditions set forth in the Merger Agreement; and (d) all other transactions and arrangements contemplated by the Merger Agreement.

The remaining requirements for closure of the transaction are customary closing conditions set forth in the Merger Agreement, including approval from the State Administration for Market Regulation (SAMR) of the People’s Republic of China. As previously announced, the waiting period under the Hart-Scott-Rodino Antitrust Improvements Act of 1976, as amended, has expired with respect to the proposed acquisition.

MXL is MaxLinear’s registered trademark. Other trademarks appearing herein are the property of their respective owners.

Additional Information and Where to Find It

MAXLINEAR AND SILICON MOTION URGE INVESTORS AND SECURITY HOLDERS TO READ THE REGISTRATION STATEMENT ON FORM S-4 AND OTHER DOCUMENTS PROVIDED TO SILICON MOTION SECURITY HOLDERS FILED WITH THE SEC CAREFULLY AND IN THEIR ENTIRETY WHEN THEY BECOME AVAILABLE BECAUSE THEY WILL CONTAIN IMPORTANT INFORMATION ABOUT THE PROPOSED TRANSACTION.