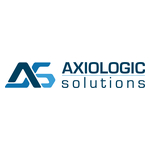 The award will be presented to Chavira at an evening reception on Wednesday, Oct. 19, at the Tower Club in Vienna, Virginia. The ceremony will bring together civic-minded individuals and business leaders from throughout the Greater Washington Metropolitan Area in an event that recognizes and celebrates the importance of scouting in guiding and developing today’s youth. Sponsorships and tickets are available at https://donations.scouting.org/#/council/082/appeal/5725.

“Mike is an inspirational leader who leads from his heart,” said Tom Stauber, co-founder and managing partner of Axiologic and 2022 Whitney M. Young Award event chair. “Mike is generous in giving of his time, energy and resources to support causes about which he is passionate — and he has focused a tremendous amount on creating better futures for disadvantaged kids. Professionally, Mike has also helped build a thriving business with a culturally diverse workforce that offers a supportive working environment for all. He is an outstanding role model for scouts today, and his contributions to our community exemplify the good work, values and service this award celebrates.”

Chavira is a recognized leader in the intelligence and government services industry, with over 20 years of experience in sensor development and integration, systems engineering, and enterprise architecture. For over a decade, he has helped lead Axiologic, a firm he started in 2009 with Stauber, to become one of the fastest-growing companies in government industry focused on serving America’s intelligence and national security missions. Axiologic has been honored with numerous awards, including seven years of ranking on the Inc. 5000 list of America’s most successful companies and inclusion by the Washington Business Journal in its Corporate Diversity Index and on its list of Fastest Growing Companies, list of Largest Government Technology Contractors and list of Largest Cybersecurity Companies in the Greater Washington area.

Previously, Chavira worked at Booz Allen Hamilton, where he developed and integrated sensor systems for the U.S. Army. He began his career as a nuclear officer and then intelligence officer in the U.S. Navy. Chavira earned a Bachelor of Science in mechanical engineering from the University of Wyoming, participating in its military officer candidate school program.

He joined the Boy Scouts of America at age 10 in his home state of Wyoming. Growing up a member of a farming family, Chavira gained a strong work ethic, learned the importance of teamwork and gained a deep appreciation for lifelong learning. He continued to advance his education throughout his career, earning a Master of Business Administration from the Isenberg School of Management at UMass Amherst, followed by a Master of Engineering in systems engineering from the University of Virginia and a Master of Science in finance from the Kogod School of Business at American University.

Chavira also has continued to give back to his community by serving as a member of the D.C. Scouting Cares Committee, on the board of directors of the Buffalo Bill Museum of the West and as a member of the George Mason University Government Contracting Advisory Board. He also is on the advisory board of City Kids Wilderness Project, a D.C. nonprofit that was founded on the belief that providing enriching life experiences for D.C. children can enhance their lives, the lives of their families and the greater community. With his support, Axiologic also supports City Kids as well as other charities, including the Children’s Science Center of Northern Virginia.

The Boy Scouts of America presents the Whitney M. Young Jr. Service Award to recognize outstanding service by an adult individual or by an organization for demonstrated involvement in the development and implementation of scouting opportunities for youth from rural or low-income urban backgrounds. The award honors the memory and public service of Young, a noted civil rights pioneer, social worker and statesman. One of the organizers of the historic March on Washington in 1963, he also was executive director of the National Urban League and an important adviser to U.S. presidents John F. Kennedy, Lyndon B. Johnson and Richard M. Nixon.

Event sponsorships are available for contributions from $240 through $10,000. For a donation of $1,250, donors will receive five event tickets and recognition in the printed program. The major portion of a donation qualifies as a tax-deductible contribution under current IRS rules.