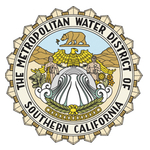 LOS ANGELES–(BUSINESS WIRE)–Construction will begin soon on the first of several projects to bring additional water to Southern California communities hit hardest by the state’s record drought, following a vote by Metropolitan Water District’s Board of Directors this week to award a contract for the project’s construction.

The suite of projects will reengineer Metropolitan’s water delivery system to help bring much-needed water from Metropolitan’s Diamond Valley Lake – the largest reservoir in Southern California – to parts of eastern Los Angeles County and western San Bernardino County that have been under unprecedented mandatory conservation measures since last June because of limited access to water supplies.

Southern California imports about half of the water used in the region from the Northern Sierra, through the State Water Project, and the Colorado River. But because of infrastructure limitations, some communities – home to more than 6 million people – are heavily dependent on State Water Project supplies. And when the drought slashed these supplies, they were required to dramatically reduce their use.

“Millions of people in these areas have been disproportionately affected by the drought. That is not acceptable. Conservation is critical, but it can’t be our only tool,” Metropolitan General Manager Adel Hagekhalil said. “Everyone should benefit from Metropolitan’s diverse supplies and storage, but right now, about one-third of our region can only access one imported water source. This project is a part of our commitment to fixing that.”

“Regardless of whether the winter storms currently hitting the state are sufficient to relieve the immediate drought crisis, California will certainly face drought conditions in the future. We must make the necessary investments now to ensure sustainable water supplies for everyone,” Hagekhalil added.

Metropolitan’s board voted Tuesday (Jan. 10) to award a $14.8 million contract to Steve P. Rados, Inc. for the project’s construction, along with internal expenditures totaling an additional $2.4 million. Construction of the project, a bypass pipeline from Diamond Valley Lake’s Wadsworth Pumping Plant, is expected to be completed by mid-2024.

It is the first of four planned projects that will together carry water from Diamond Valley Lake – and potentially the Colorado River – to the Rialto Pipeline, which serves the Inland Empire Utilities Agency, Three Valleys Municipal Water District, and Upper San Gabriel Valley Municipal Water District. The three agencies are among Metropolitan’s six member agencies that are SWP-dependent and therefore under Metropolitan’s emergency drought restrictions limiting outdoor watering to one day a week or setting volumetric limits on use.

Though they won’t directly receive water from this series of projects, the investment will also benefit the three other SWP-dependent agencies – Calleguas Municipal Water District, Las Virgenes Municipal Water District, and the Los Angeles Department of Water and Power – by making limited state project supplies more available to them, Hagekhalil said. In addition, Metropolitan is also developing actions to ensure more water supply reliability for all SWP-dependent communities, including investing in storage, local supplies and improvements in system flexibility, allowing water to be captured when it is available and stored or moved to where it is needed most.

“As climate change upends the availability of our imported water supplies, we need to think differently about how we produce, capture, move and store water. We need to make investments big and small,” Hagekhalil said.