Robert August, a Luxury Online Footwear Retailer Based in Chicago, Has Released a New Collection of Double Monk Chukka Boots

Chicago, Illinois–(Newsfile Corp. – January 12, 2023) – Robert August’s new collection takes inspiration from the classic Double Monk men’s shoe and re-imagines it in boot form. Robert August believes that their new Double Monk Chukka boot is both formal and understated enough in style to make it a suitable shoe for all occasions, especially in the winter.

More information is available at https://augustapparel.com/product-category/mto/mens/mens-boots/the-elm-st-monk-strap-chukka-boot 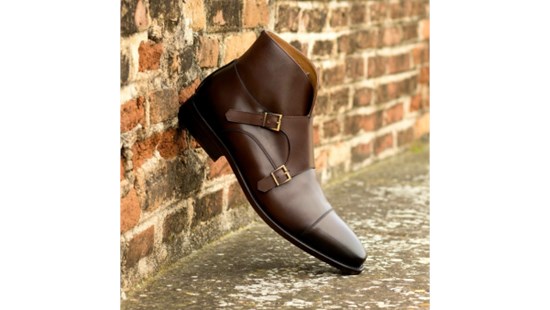 Robert August has released the new Double Monk Chukka boots as a part of their new 2023 collection. As a recent write-up on GQ magazine explained, this year men’s boots are all about form and function meeting high-end fashion and boots that tread the smart/casual line.

The boots combine both fashion and function given their durable artisan construction.  All of Robert August’s new Double Monk Chukka boots are made using a goodyear welt in high-quality European calf leather. They have also been handcrafted in the brand’s boutique Spanish workshop in Almansa. This town has been renowned internationally for its shoemaking since the early 18th century.

Robert August is now also offering their customers the opportunity to get in the design seat and customize their new boot. Options like an artisan hand patina finish, genuine alligator and python are all available, as are colors like black, navy blue, light brown or tan, cognac and burgundy.

Robert August will make their new Double Monk Chukka boots to order and ship them directly from Spain to their shopper’s door.

Robert August states: “No two pairs of Robert August boots are alike-each is handcrafted with precision and care in our workshop in Almansa, Spain. With centuries of artisan shoemaking tradition, our shoes are renowned for their chic style and unrivaled quality. When you slip on a pair of Robert August boots, you can be confident that your look will always be on point.”

More details can be found at https://augustapparel.com/product-category/mto/mens/mens-boots/the-elm-st-monk-strap-chukka-boot

To view the source version of this press release, please visit https://www.newsfilecorp.com/release/151141