NEW YORK–(BUSINESS WIRE)–Synchron, an implantable brain-computer interface (BCI) company, today announced the medical journal JAMA Neurology has published peer-reviewed, long-term safety results from a clinical study in four patients with severe paralysis implanted with Synchron’s first-generation Stentrode™, a neuroprosthesis device. The study found that it is possible to use the neuroprosthesis device to transmit neural signals from inside a blood vessel in the brain over a long-term period without any serious adverse events related to the device. 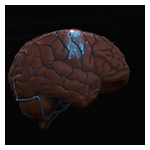 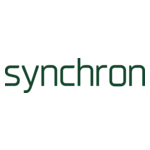 The Stentrode With Thought-Controlled Digital Switch (SWITCH) study, a first-in-human study, evaluated four patients implanted with Synchron’s Stentrode™. Patients participating in the study completed a 12-month follow-up with no persistent neurological deficits. There were no clots or migration of the device. Signal quality remained stable with no evidence of significant deterioration. Each participant successfully controlled a personal computing device with the BCI. Participants were able to use the implant to generate digital switches under intentional control for routine digital activities, such as texting, emailing, personal finance, online shopping, and communication of care needs.

“We carefully conducted this first-in-human study with a primary focus on safety. The patients all tolerated the procedure well and were typically discharged home within 48 hours,” said study Co-Principal Investigator Professor Peter Mitchell, Director of Neurointervention, Royal Melbourne Hospital. “The wide-spread availability of the angiography suite for this procedure could promote a rapid translation of BCI for people with paralysis.”

Paralysis may result in a loss of control of muscles in the body, while the brain can remain intact. Motor intent is the brain signal underlying the physical will to move. A brain-computer interface is designed to restore the lost motor intent signal transmission associated with paralysis. The device is implanted in the motor cortex of the brain via the jugular vein in a minimally-invasive endovascular procedure. Once implanted, it detects and wirelessly transmits motor intent in order to control personal digital devices.

Motor intent was detected using a robust decoder that searches for power changes in certain frequency bands. The digital switches were executed under the volitional control of frequency band shifts by the users.

“This technology holds great promise for people with paralysis who want to maintain a level of independence,” said Co-Principal Investigator Bruce Campbell, M.D. “The Stentrode enables a form of motor restoration, with individuals able to use the switches to communicate and engage with their digital world.”

“The SWITCH study is an early demonstration of safety in a low number of participants using a commercial grade brain-computer interface. The decoder was simple and robust, meaning that patients didn’t have to train hard to execute switches,” said Tom Oxley, M.D., Ph.D., CEO and Founder. “Our view is that a motor neuroprosthesis should be safe and easy to use. Digital switches controlled by motor intent could translate into a meaningful restoration of motor capability for patients with paralysis and the return of things we take for granted, like texting loved ones or turning on a light.”

The publication of this study follows Synchron’s announcement of ongoing patient enrollment in the COMMAND trial at Carnegie Mellon, the University of Pittsburgh and Mount Sinai Hospital to assess safety and explore quantified efficacy measures of Stentrode. Three out of six participants have been enrolled in the COMMAND trial, two in New York City and one in Pittsburgh. The clinical trial sites are actively looking for the next participants. Patients with severe paralysis due to ALS, stroke, spinal cord injury or multiple sclerosis may be appropriate for the study. For healthcare providers, patients, or caregivers interested in learning more about our ongoing US clinical trial, email: [email protected].

Personal computing devices have transformed how people can interact with the world. In the US, there are approximately 5.4 million individuals with paralysis resulting in their limited ability to control a computer or smartphone. A BCI could restore motor capability by using the cortical motor signal to bypass impaired limbs and directly control a computer. The number of people who could potentially be assisted with BCIs is estimated to reach 50 million in high-income countries by 2025.

Synchron’s flagship technology, the Stentrode, is an endovascular brain implant designed to enable patients to wirelessly control digital devices through thought to improve functional independence. Synchron’s foundational technology, a motor neuroprosthesis, or motor BCI, is implanted via the jugular vein using neurointerventional techniques commonly used to treat stroke, and does not require open brain surgery. The system is designed for patients suffering from paralysis as a result of a broad range of conditions, and aims to be user friendly and dependable for patients to use autonomously.

Synchron is a clinical-stage endovascular brain-computer interface (BCI) company. Since 2012, the company has been developing a BCI platform that avoids the need for open brain surgery by using a minimally-invasive procedure. The Synchron Switch™ BCI received FDA Breakthrough Device Designation in 2020, and is currently in human clinical trials in the US and Australia. Synchron has been published in multiple peer-reviewed journals including JAMA Neurology, Nature Biotechnology, Nature Biomedical Engineering, and JNIS. Synchron is based in Brooklyn, New York with R&D facilities in Melbourne, Australia. For more information, visit www.synchron.com. Follow us on Twitter @synchroninc.