SEATTLE–(BUSINESS WIRE)–(NASDAQ: RDFN) — Nineteen percent of homebuyers and sellers would only live in a place where abortion is fully legal, up significantly from 12% last year, according to a new report from Redfin (redfin.com), the technology-powered real estate brokerage. The increase comes this year after the Supreme Court overturned Roe v. Wade and gave states the power to ban abortions. 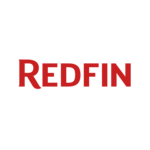 An additional 33% would prefer to live in a place where abortion is fully legal, up from 28% last year.

“A lot of homebuyers are moving to Arizona because they like the politics here and/or don’t like the politics where they’re coming from,” said Heather Mahmood-Corley, a Redfin agent in Phoenix, a perennial favorite migration destination for homebuyers. While the state voted for Joe Biden in 2020’s presidential election, it is generally more conservative than California and Washington, where a large portion of incoming homebuyers hail from.

About half of respondents prefer to live somewhere with gender-affirming care for children; one-third want to live in a place where LGBTQ classroom discussions are allowed

Nearly half (47%) prefer to live in a place where gender-affirming care for children is fully legal. That’s more than double the 21% who prefer not to live in such a place. Gender-affirming care encompasses a range of medical interventions designed to support an individual’s gender identity, including counseling and medications.

“My husband and I moved from Tallahassee, FL to Seattle in 2017 partly because Florida’s state government was on a path to undermining protections for LGBTQ people, and we didn’t feel comfortable there outside our close circle of friends,” said Dustin Hand, a Senior Systems Administrator at Redfin. “Living in a state where the laws don’t protect you is alienating and stressful. When I went places in Florida, I typically waited for a person or business to explicitly say ‘it’s safe here’ before opening up about who I am and whom I love. Florida’s recent legislation takes an active stance against teaching people about my community and affirms my decision to live in a place where I feel protected being my authentic self.”

Nearly two-thirds (62%) of homebuyers and sellers would prefer living somewhere with strong voting-rights protections and/or easy vote-by-mail. Fifteen percent prefer not to live in such a place.

Fourteen percent of respondents said voting rights are important in choosing where to live, while 1% said they’re the most important factor.

All of these findings were from a national Redfin-commissioned survey of about 1,000 U.S. residents who recently bought a home or plan to buy or sell a home in the next year, fielded in August 2022. It’s compared with a Redfin survey fielded in August 2021; the 1,000 respondents to that survey moved in the 18 months prior to taking the survey. The results reported above are from a question asking homebuyers and sellers to rank their willingness to live in a place with certain state or local laws on certain political issues.

To view the full report, including charts and additional findings, please visit: https://www.redfin.com/news/survey-homebuyer-political-preferences-abortion-gun-control/

Redfin (www.redfin.com) is a technology-powered real estate company. We help people find a place to live with brokerage, instant home-buying (iBuying), rentals, lending, title insurance, and renovations services. We sell homes for more money and charge half the fee. We also run the country’s #1 real-estate brokerage site. Our home-buying customers see homes first with on-demand tours, and our lending and title services help them close quickly. Customers selling a home can take an instant cash offer from Redfin or have our renovations crew fix up their home to sell for top dollar. Our rentals business empowers millions nationwide to find apartments and houses for rent. Since launching in 2006, we’ve saved customers more than $1 billion in commissions. We serve more than 100 markets across the U.S. and Canada and employ over 6,000 people.