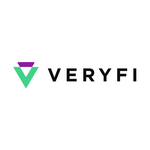 “Veryfi was founded on the principle that we can inspire developers to solve hard problems and build great things,” said Ernest Semerda, co-founder and CEO, Veryfi. “Adding a Free account tier enables developers to practice the ‘art of the possible’ without functional limits. Software developers can now explore the full breadth of Veryfi capabilities and add AI-driven OCR to their software projects without worrying about losing their work or running into roadblocks caused by inaccessible features. When ready, anyone can easily sign up online and transition to a Starter plan.”

Developers can use their free account forever without fear of losing their work, without any feature limitations, and without requiring a credit card. The only limit is the number of documents that developers can submit to the OCR API platform of 100 for the initial 14 days and 50 per month after that. At the point when they’re ready, it’s easy to transition to a Starter account plan via self-service.

Unstructured data is the fastest-growing type of data – increasing at a compound annual growth rate of 61%, according to IDC, and projected to account for 80% of worldwide data by 2025. In many large organizations, that 80% mark has already been surpassed.

By eliminating manual data entry, Veryfi enables organizations to accurately capture, extract and transform documents such as receipts, invoices, purchase orders, checks, credit cards, and W-9 forms into structured data, at scale. Veryfi uses advanced AI/ML technology, trained by hundreds of millions of documents over the past five years, to extract data and transform it into a structured format for 85 currencies, 39 languages, and over 110 defined fields such as vendor, total, bill to/ship to, purchase order and invoice numbers, any line item (product name, SKU, description), taxes, and more, which can then be accessed for a wide variety of business applications.